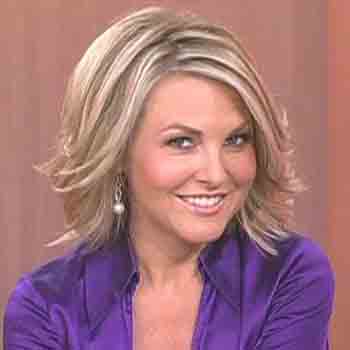 The Busting blonde beauty, Georgie Gardner is an Australian journalist and television personality who is currently working as a fill-in presenter for Lisa Wilkinson on Today and Sonia Kruger on Mornings. Georgie is famous for being the only Australian news presenter to have presented the late news bulletin on each commercial TV station. Georgie formerly worked as a news reporter for Ten News at Network Ten after which she co-hosted Seven News Sunrise and then presented for Seven News and sky News Australia. Georgie Gardner is certainly one of the most noted journalist and presenter of this era.

Georgie Gardner was born on 1st June 1965 in Perth, WA, Australia. Georgie recalls having a wonderful childhood with her three siblings until her parents divorced. Georgie was in deep trauma after their divorce and was even unhappy after her stepfather entered her life. Although everything looked gold dusted outside, Georgie was internally and emotionally broken. She recalls having a troubled childhood. Her mother was a pillar of Perth society and her stepfather was the son of the state’s governor and a well-known lawyer which is why, Georgie lived in Dalkeith which is one of the most prosperous suburbs.

Georgie attended St Hilda’s the Western Australian capital’s most well off all-girls school. Later Georgie received her media training through the Western Australian Academy of Performing arts. Gardner was a bright student who received various awards throughout her academic life and career. In 1992, Gardner was worked with radio 2NX, NSW as a professional broadcaster. Due to her outstanding work, Georgia was awarded the Best New Comer Metropolitan. Gardner gave an aptitude test during her application to the nine Networks in 2002 and scored 149 on her IQ test. Thus she landed in Nine News in 2002.

Gardner first worked as a news reader to present weather on National Nine News. Gradually, Georgie went on to present afternoon updates and then Nine Network added a semi-national news bulletin at 4:30 pm to her schedule. Gardner then co-hosted for Seven News sunrise and presented for Seven News and Sky News Australia. In 2006, Georgie became the presenter of National Nine News Morning edition. Then in late December, she replaced Sharyn Ghidella as news presenter on Today where she worked exceptionally well. Georgie Gardner was appointed as a weekend Presenter in Nine News Sydney in July 2009.

On 26th May 2014 Georgie announced on Today show that she will be leaving the show in order to spend some quality time with her family whilst still working with the Nine Network on Nine News and 60 Minutes. She finished the show on 6th June 2014 and it received the highest ratings for a certain time. Georgie Gardner is an elegant lady with a Great set of Aussie tits that makes her look younger beyond her actual age.

Currently, Georgie is 49 years old and still has the energy to change her hairstyle and style of wearing clothes frequently. She has a lush blond hair which she prefers cut short. Georgie stands tall at the height of 5 feet 8 inches and has hot, slender legs. The internet has faked her nude photos in the site called celebrity fakes.

Georgie is a talented woman who once revealed her famous lamb shanks recipe and cooked them on the Today show which had huge ratings and was thoroughly entertaining which showed a new talent of Gardner that no one ever knew existed .

Georgie Gardner married to Tim Baker. There has not been any reported about marriage troubles between Georgie and Tim which shows that they are happy with their marriage. As a result of their successful marriage, the couple has two beautiful kids; Bronte (born in 2005) and Angus (born in 2007). The lot is currently residing in Sydney.