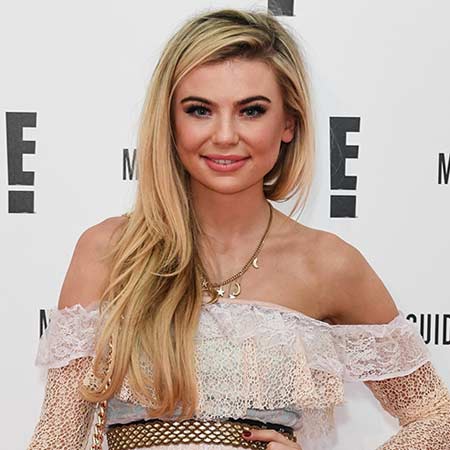 British television and media personality, Georgia Toffolo is one of the stars of the hit E4 show Made in Chelsea and is the winner of the 17th series of I'm A Celebrity... Get Me Out Of Here!. She is also very active on social media and has millions of followers. As of 2018, she is busy with various projects, including the British television programme, This Morning.

After completing her schooling, Toffolo joined the University of Westminster to study law. But, she dropped out after realizing that becoming a lawyer was not her true calling.

After dropping out of the law school, Toffolo took several odd jobs-working in charity shops and old people's home. She then worked at the family-run firm of solicitors before joining the firm Family Law in Partnership in London. However, she left her job in order to pursue her career in the entertainment industry.

Toffolo came into limelight, after appearing in 2017 British survival reality television game show, I'm a Celebrity... Get Me Out Of Here!. She won the show along with actor Jamie Lomas and comedian/writer Iain Lee. Since then, Toffolo has become an internet sensation, with millions of fans following on her social media platforms.

As of 2018, Georgia Toffolo is working as a reporter in British daytime television programme, This Morning. She also appeared in the 2018 National Television Awards as a backstage presenter.

Georgia Toffolo has an estimated net worth of thousand dollars, but, the amount is still under review. She has appeared in many TV shows from where she has collected a big chunk of money.

As per some online sources, Toffolo earned £13,000 from the show I'm A Celebrity... Get Me Out Of Here!. She, however, did not take any bonus cash after winning the show.

Georgia Toffolo is possibly single, however, she was photographed with Gary Lineker’s son George Lineker, a football player on April 11, 2018. Though they seemed more than just friends, the two of them hasn’t confirmed to their relationship.

Previously, Toffolo dated sports marketer and Survival Of The Fittest star James Middleton. But, they broke up before joining the reality show  I'm A Celeb jungle in 2017.

“I didn’t want to be worrying about it with no phone. So I just made the decision and, yeah, we’ve spoken, but it’s done.”

Toffolo was also secretly dating Charles Goode. Once in an interview, she talked about Charles:

“We’ve known each other for years and years. We grew up in Devon, and now we just hang out and it’s great. He’s really lovely.”

Toffolo was also linked to Television personality, Mark Francis in the past.

Besides, Toffolo is known to explore fashion and shopping across several countries; she is a gorgeous fashionista!.

Below, we present the interview of Georgia Toffolo