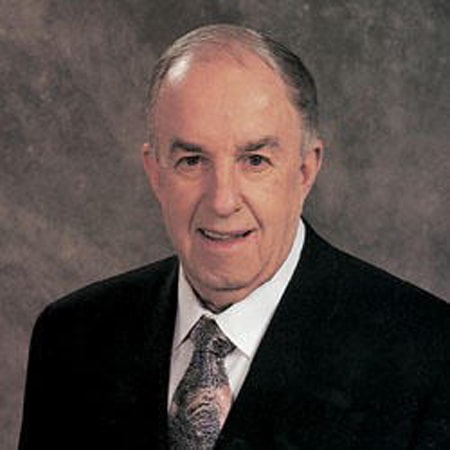 George Younce was a renowned American bass singer who performed with Southern gospel quarters, especially The Cathedrals. Moreover, he is also known for his collaborations with the London Philharmonic Orchestra. The famous music artist died at the age of 75 in April 2005.

George Younce was born as George Wilson Younce in Patterson, North Carolina on February 22, 1930. He was born as the youngest of the five children of his parents. His siblings are Ruby Ham, Tom Younce, Ray Younce and Brudge Younce. He said his father was the biggest influence on his music career.

Younce moved to Lenoir, North Carolina with his family in 1936. He got the first taste of the Southern Gospel music at the age of 15 in his hometown. Later, he joined his first quartet, the Spiritualaires during his teenage. However, when his voice changed during puberty, he shifted to the bass part.

Details about his educational background are not known.

Younce collaborated with some of the renowned music groups such as Homeland Harmony Quartet, Florida Boys and The Weatherfords for around a decade from he started the career. He traveled with the groups to several different places in the US and overseas.

In 1963, Younce formed the Cathedral Quartet with the lead vocalist Glen Payne, Danny Koker and Bobby Clark. The music group toured the world together for 36 years.

Younce's untiring performance in the music industry won him 14 Singing News Fan Award for "Favorite Southern Gospel Bass" Singer. Moreover, he was announced the "Living Legend" of the Gospel Music in 1988. Later in 1998, he was inducted into the Southern Gospel Music Hall of Fame, located in Dollywood.

The same year, Younce recorded his first solo project. He later went on recording two other solo projects. Two among them were nominated for Dove Awards in the Southern Gospel Album of the year category.

Although George Younce was always the matter of the talk during his active days, Younce successfully managed to maintain a low key life. His income and net worth were never revealed to the media. But, some online sources reported Younces' net worth to be in millions at the time of his death. However, his exact net worth is not known as of 2019.

Singer George Younce was married to Clara Younce. He got married to her on 27th April 1955 and remained married to her until his death in 2005. The couple spent nearly five decades as husband-and-wife during which they gave birth to five children.

They gave birth to four daughters; Lisa Younce, Gina Younce Eroskey, Tara Younce Aidala, and Dana Lynn Younce Wills and one son George Lane. Two of their daughters; Dana Lynn and Tara Younce have already passed away by 2019. Tara died in December 2017 at the age of 42.

George Younce, the veteran singer, died at the age of 75 in April 2005. In the last few years of his life, he was diagnosed with heart problems as well as kidney failure. He had been undergoing dialysis during the last few years. He died on April 11, 2005, at Akron City Hospital in Ohio. The late singer is survived by his wife Clara and daughters Gina (Rick) Eroskey and Lisa (Ernie) Haase, and son George Lane Younce.