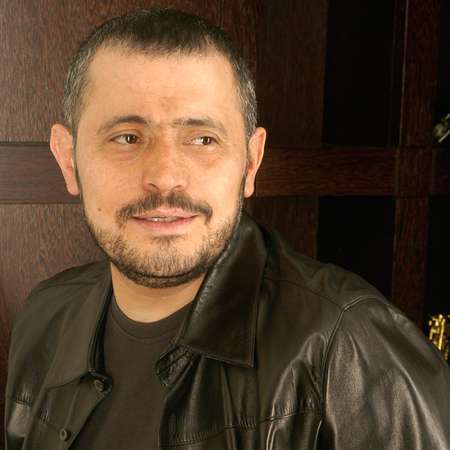 George Wassouf was born on 23rd December, 1961 in Kafroun, Tartous, Syria. His follows Christianity. He has a Syrian nationality and holds the Lebanese passport. Wassouf began singing at the age of 10 in his hometown Kafroun. When Wassouf was 16 years old he was dubbed as Sultan El-Tarab by the Lebanese journalist George Ibrahim El Khoury, a magazine director, Arabic for The Sultan of Music.

George went on to become famous for his songs after he appeared on the Lebanese show Studio El Fan 1980 when he was 19 years old as Sultan of Tarab. George then went on to become an icon on stage with his new singles. He then released Ouwidni Salmtek Byied Allah in 1983. After that he went on to release El Hawa Sultan in 1984, Rouh El Rouh in 1992, She' Ghareeb a year later, Kalam El Nass in 1994, Leil El Ashiqeen in 1996, Lissa El Dounya Bi Khair in 1998, Tabeeb Garrah in 1999, Dol Mush Habayib in 2000, Zaman El Ajayib in 2001, Inta Gherhom in 2002, Salaf Wi Deine in 2003, Etakhart Kteer in 2004, Heya El Ayam in 2006, Kalamak Ya Habibi in 2008, Allah Kareem in 2009. He has had a fruitful singling career. Perhaps the greatest award he has got till date is the award of being adored by his fans. His fans are patiently waiting for him to release a new album.

George Wassouf has a spouse and 3 children. However he is currently single. He went on and married his first Lebanese wife named Shalimar, at the age of 21. The couple has three children named Hatem Wassouf, George Jr. Wassouf, and Wadie Wassouf. There were then reports of infidelity. The news turned out as a shocker to all of Wassof’s fans. The couple separated after 28 years of marriage in 2009. The reason of their divorce has not been clear till date. The media does not know much about his ex-wife and also the reason of their divorce. He is reluctant on speaking about his personal life in front of the media. Not much is known to the media about his personal life.  His current wife is Qatar rally champion Nada Zeidan. They have a daughter named Oyoon who was born in October 2015. He is living happily in Lebanon with his wife and kids.

There were rumors that Wassouf was having an affair during his first marriage.

Wassouf is currently 54 years old and stands at the height of 5 feet 8 inches. His current net worth is estimated to be $ 27 million. His songs are hit not only throughout Arab but also various other places. Wassouf is an international sensation. He is a huge supporter of President Bashar al-Assad's government through the Syrian Civil War and till date keeps his ideologies. Wassouf is till date considered being one of the most significant Arab singers.