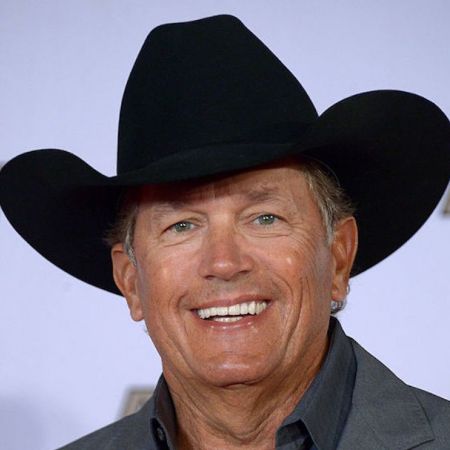 George Strait is an American actor, singer, songwriter, and producer known for his contributions to country music. He is one of the most influential artists of all time, and is credited with singlehandedly return country music back to its traditional roots and away from pop.

George Was Inspired By The Beatles During His High-School Days

George Strait was born George Harvey Strait Sr. on May 18, 1952, in Poteet, Texas. He was born to father John Byron Strait Sr. and mother Doris Jean Couser, along with his sibling-sister, Pency and brother, John Jr. His parents divorced when he was in fourth grade, and his mother moved away with his sister, leaving him and his brother to live with their father in Pearsall, Frio County, Texas.

George attended the local high school, Pearsall High School, where he realized his love for music listening to such artists as Frank Sinatra and The Beatles. He explored his musicality with his rock and roll garage band while in high school.

George was enlisted in the United States Army in 1971. While stationed at the Schofield Barracks in Hawaii, George joined the Army-sponsored band, Rambling Country.

George would go on to serve in the military for the next four years and retired with the rank of Corporal in 1975.

George’s career took off with a contract with MCA Records in 1981. He released his first album, Strait Country. Under MCA’s banner, George released his second album, Strait from the Heart. He went on to release Right or Wrong, Does Fort Worth Ever Cross Your Mind, Something Special, Ocean Front Property, and Beyond the Blue Neon in subsequent years. All his albums were critical and commercial successes, being certified platinum or multi-platinum.

Over the next thirty years, George would go on to make a total of 30 albums with 61 songs that all peaked at number 1 on all country music charts. He holds the record for the most successful number-one Hits in any genre of music.

As of 2019, George has sold over 100 million records worldwide. His albums have been certified multi-platinum 13 times, platinum 33 times, and gold 38 times. He is recognized in the Country Music Hall of Fame and has won numerous awards, including a Grammy for his 2009 album, Troubadour.

George has also appeared in such motion pictures as The Soldier, Pure Country, Grand Champion, King of the Hill, and Pure Country 2: The Gift.

George Is A Multi-Millionaire

As of 2019, George Strait’s net worth is $326 million. One of the most influential artists of any genre and best-selling artist, George’s primary source of revenue, is his more-than-four-decades-long career in music. His albums are as beloved by critics as they are commercially successful.

He has sold more than 100 million records as of 2019, and his extensive touring career- which is still ongoing- has also bolstered his income. His Strait Tours alone has generated $99 million in three years.

The table below shows his yearly revenue starting from his professional debut in 1981:

George Is A Cousin Of The Wealthiest Man In The World, Jeff Bezos

George eloped with his high school sweetheart, Norma Voss, and subsequently, the pair got married on December 4, 1971. 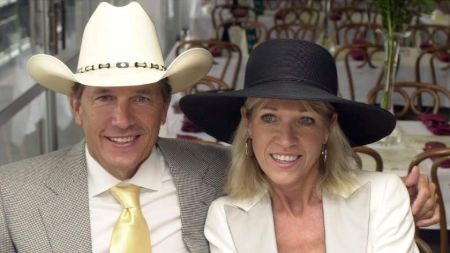 Their blissful life came crashing down when Jenifer was killed in a car accident on June 25, 1986. She had only been 13 at the time. 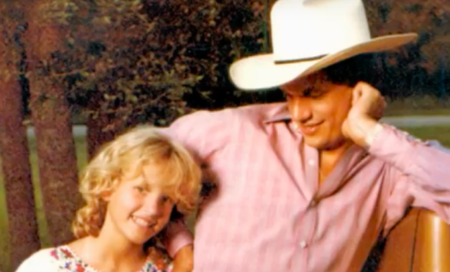 George set up the Jenifer Lynn Strait Foundation to honor her daughter’s memory. The charity foundation donates money to the less-privileged children in the San Antonio area.

George’s son, George Strait Jr., better known as “Bubba,” would go on to become a cowboy and perform at rodeos. Bubba is married to Tamara, and together, they have their son, George H. Strait III.

George is a cousin of Amazon’s CEO and the richest man in the world, Jeff Bezos, through Bezos' maternal grandmother.

George is a philanthropist and is part of such charity initiatives as the Wrangler National Patriot program, which works for the welfare of the families of military veterans killed or otherwise maimed in combat. He was also instrumental in raising funds for the rehabilitation of those affected by Hurricane Harvey.

George also founded the Vaqueros Del Mar Invitational Golf Tournament and Concert with his friend and business partner, Tom Cusick. The event raises money for the Troops First Foundation for the rehabilitation of wounded soldiers and their families.