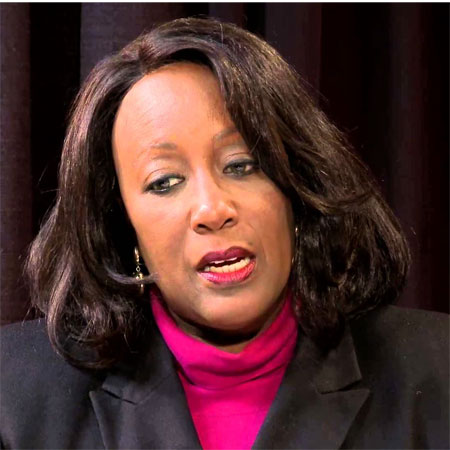 Genece Brinkley is one of the prestigious American judges who works in Philadelphia court. She is best known for her judging style. Currently, she is in the limelight because of the legal issue with a popular hip-hop artist, Meek Mill.

Genece Brinkley was born in Pennsylvania, US. She is American and belongs to the African-American ethnicity.

Brinkley completed her graduation from the Spelman College in 1978 and received her law degree from the Temple University.

Brinkley is a judge in Philadelphia County Court of Common Pleas, Pennsylvania for a long time. She has a history of sentencing people to prison for probation violations.

In November 2013, Brinkley was retained to the Philadelphia County Court of Common Pleas with 77% vote that will expire in 2023.

Genece Brinkley might be a married woman, but no official confirmation has been revealed regarding her personal life. She is quite secretive about her personal stuff and prefers to maintain distance with media.

However, Brinkley is in the headlines these days after she charged two to four years prison to the Meek Mills for violating the probation. Mills is an American rapper and songwriter who is sentenced to jail for drug possession and carrying a firearm without a license in 2007.

Earlier, Mills was arrested several times for not following the court order, and there are also accusations against Brinkley for being harsh on Mills case.

According to TMZ, Brinkley told Mills to do a Boyz II Men song and include her name as a shout out and asked to leave Roc Nation and sign with Mack.

Mills lawyer filed a motion to have the judge step down from the case, saying she had “assumed a nonjudicial, essentially prosecutorial role” and they also mentioned if Brinkley does not respond to the motion in 30 days, they will take the case to Superior Court.

One of the prestigious American judges, Genece Brinkley, may have earned a decent amount of money from his career. However, her exact net worth and salary has not been disclosed yet.

However, according to some online sources, her net worth is around $6 million.