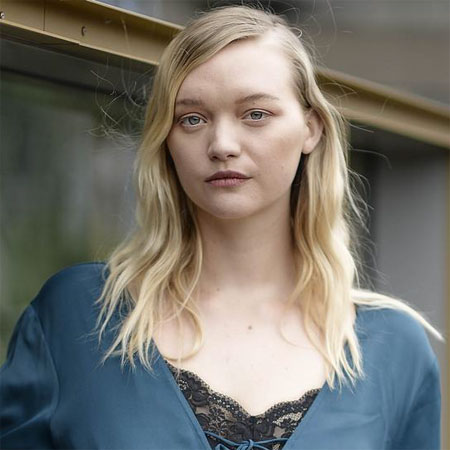 Gemma Louise Ward is an Australian fashion model who turned into actress. She was born on 3rd November 1987 in Perth, Western Australia in Australia. She was first sighted as a talent when she was 14 years old and later on did her debut at the age of 15 years old. She became the youngest model who appeared on the cover of an American magazine titled Vogue. She later appeared on other magazine named Teen Vogue and Time too. She first appeared in the movie of 2007 named The Black Balloon. She has done other movies like The Strangers (2008) and in 2011 Pirates of the Caribbean: On Stranger Tides.

Gemma Ward is the daughter of a doctor Gary Ward and a Claire who was a nurse. She was theirs second child out of four children. She has two brothers Oscar and Henry who are twins, an older sister who also became a model. She studied college at the Presbyterian Ladies’ College and Shenton College. Her aim from the start of her childhood was acting and showed a keen interest in acting and modeling somewhat too. She was inspired to do acting when she was just 10 years old for her act in Hansel and Gretel in which she had played the role of witch in the year 1997.She did modeling first at the age of 14 while a competition Search for a Supermodel from where people sighted her and showed an amazing interest at her in being a model.

Although she did have not the competition she amazed many spectators there. She was already announced by spotter and got stated as “Look how she is confident, she is indeed a Supermodel”.

Ward made her modeling debut at the age of 15 years old at the Australian Fashion Week in 2003 after she met a famous designer Miuccia Prada. Her appearance had inspired a lot of teenagers and young models like Vlada Roslyakova, Lily Cole, Lisa Cant etc.in year 2004, when she was just 16, she became the model who was youngest for her cover in magazine Vouge and was entitled among one of the nine “Models of the Moment “with some other models like Karen Elson, Daria Werbowy, Liya Kebede etc.

In 2005, February She appeared in various other designers’ series such as Vera Wang, Oscar de la Renta and Klein for which she was rumored for her earning to be $20,000 per show. She became a famous face at the age of 17 of a very famous brand Calvin Klein. She was paid very high for this campaign which according to sources was thought to be around $1.3 Million .She later had become face for other famous brands like Valentino and Burberry too. In 2006 she was featured in the Australian TV program 60 Minutes as It Girl.in the same year she was described as The Model Of The Moment by Allure magazine directed by Paul Cavaco in October 2006. The director had also stated that Gemma is an exotic rarest creature. In July 2007 she had been listed in the tenth position in the list of the World’s 15 Top-Earning Supermodel as her estimated earning was $3 million in the past 12 months. In 2007 she had also appeared on the cover of the first issue of Vogue India shot by photographer Patrick Demarchelier with Bollywood actress Bipasha Basu and Priyanka Chopra. She was also been declared in the top 30 models of the 2000s by Vogue Paris. In 2008 Gemma had acted in a film called The Black Balloon for which she had been nominated for Best Actress. And in 2013 she had done a film The Great Gatsby.

In 2007 she had been seen together with actor Heath Ledger quite possibly was dating him came into the media article in the early 2008.She and ledger according to sources first met in month of November when ward was just in her 20’s. Later on in an interview for The Sunday Telegraph in 2011 held at New York she had confirmed finally that they were in relationship. She also informed that they had spent the Christmas that year together as well in their home town which was in Austrailia, Perth.They returned and Ledger soon died just after one month of returing from Perth on 22nd of January, 2008.

Ward after dating with David Letts soon became parents in the year 2013. Gemma and David now are a family with a baby girl too