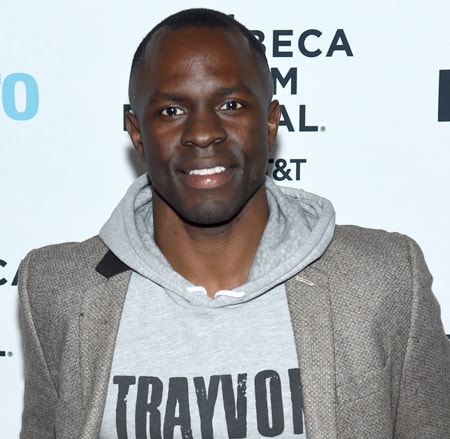 Best known for the role of Chris Partlow on HBO series The Wire, Gbenga Akinnagbe is an American actor and writer. He is also known for her portrayal of Larry Brown on the HBO series The Deuce. Akinnagbe has been active in all three platforms, television, film and theater and is equally successful in all the platforms.

Gbenga Akinnagbe was born as Olugbenga Enitan Temitope Akinnagbe to Yoruba Nigerian parents in Washington, D.C., America. He was born as second oldest of six children on December 12, 1978, under the birth sign Sagittarius. Gbenga grew up in Silver Spring, Maryland with one older sister and four younger brothers.

Gbenga went to Colonel Zadok A. Magruder High School in Rockville, Maryland. He graduated from Bucknell University with a degree in Political Science and English. He studied there on a wrestling scholarship and graduated.

Starting From Theater, Gbenga Became A Popular Face On Television And Silver Screen

Gbenga's journey in acting started in 2001 when he played the role of a soldier in a theater play The Oedipus Plays. He worked in a few other plays such as Romeo and Juliet and Henry V before he made his appearance on television.

He landed the role of Chris Partlow on HBO crime drama series The Wire. He worked for a total of 28 episodes in five seasons of the series that starred Dominic West, John Doman, Frankie Faison, and Wood Harris among others. At the same time, he also worked as Yinka in 2005's Barbershop. 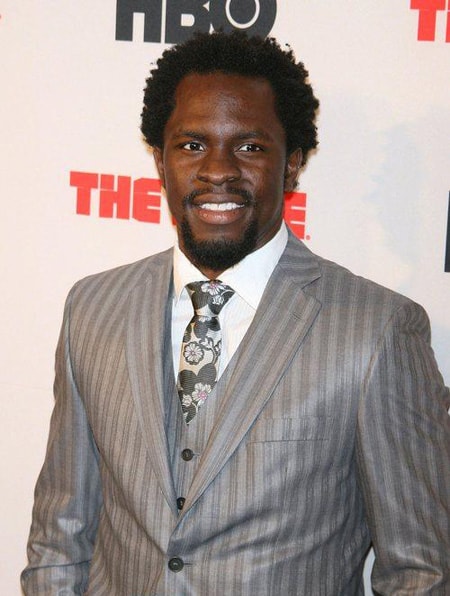 His other television works include the series like The Good Wife, Blue Bloods, Nurse Jackie, and The Following among others. Since 2017, he is playing the main role of Larry Brown in the HBO drama series The Deuce.

Gbenga made his film debut in 2005 when he worked in a short film They're Made Out of Meat in which he performed the role of Merlin. He worked alongside Philip Seymour Hoffman, and Philip Bosco in the 2007's movie The Savages.

Gbenga's other film works include Edge of Darkness, Lottery Ticket, Render to Caesar, Detroit, and the likes.

Being busy on television and film works haven't stopped him from working on theater works. Just in 2018, he famously played the role of Tom Robinson in the play To Kill a Mockingbird.

Besides, Gbenga has also tried his hands as a writer. His two articles have been published in The New York Times; one of them detailed his trip to Nepal where he reached to climb the Himalayas. The other detailed the medical procedures he underwent to correct his flat feet.

Akinnagbe, who has been active as an actor for nearly two decades, has worked in dozens of television series, films, and theatrical plays. His earning from his acting career takes the largest part in his net worth, which as of 2019 is estimated to be around $1 million.

Akinnagbe was a part of some famous as well as Box Office hit movies such as Independence Day: Resurgence, which earned a massive $389.7 million against its $165 million budget, and Crown Heights, earned $238k at the Box Office.

The Deuce actor Gbenga Akinnagbe is 40 years old as of 2019. As of now, Gbenga is not married and is not known to be in a relationship with anyone currently. Even though Akinnagbe is outspoken regarding his profession, he has been keeping his personal life beyond the media radar. 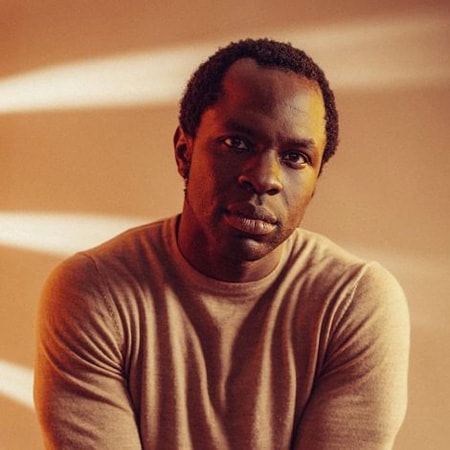 He frequently shares his activities on his Instagram account, however, he has never shared his love life on the platform.