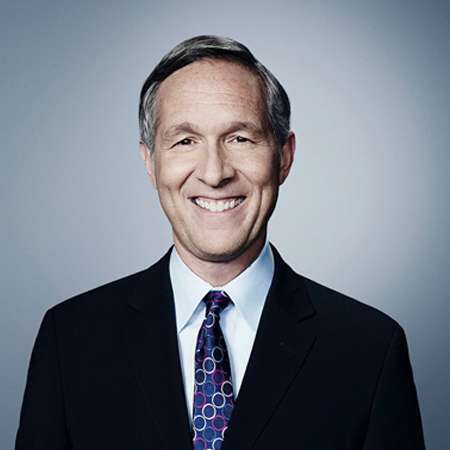 Gary Tuchman was born on 1961 and he is 55 years by his current age. Gary was born in United Staes and he was raised in his native land. Tuchman was born as the son of Mr. and Mrs. Ronald E. Tuchman. His father was a the president and chief operating officer of Toy and Sports Warehouse in White Plains. Gary’s nationality is American. And according to his ethnicity, he is white. Garry’s sibling's information has not been updated yet.

Gary Tuchman attended Boston University and he earned a bachelor degree of science in broadcast journalism. Later he was honored with Distinguished Alumni Award by the university for his performance.

Currently, Gary Tuchman works as a national correspondent for CNN as an Atlanta-based correspondent. Gary has joined CNN since 1990 and he has been working for about 26 years in the channel. Gary has also bee  a staff correspondent for Anderson Cooper 360. Tuchman has been one of the most successful journalist covering the-the biggest stories of all time, which includes devastating earthquake and tsunami in Japan, the earthquake in Haiti, the rescue of the 33 Chile miners and much more.

In 2010, as a reporter, he was able to get to Iceland to report first hand on the volcanic eruption. Tuchman also worked in several stories on the polygamist cult. During 2008, he spent weeks in Alaska for investigation GOP of  vice presidential candidates. Gary has also been successful in covering hurricanes Katrina, Rita and Wilma in Louisiana in 2005 and the nation's first "Loya Jirga" since the fall of the Taliban in 2002.

Before he started working in CNN, Tuchman was an anchor and reporter at WPEC-TV for about five years and he got specialized in political reporting. Gary has also been nominated for Emmy Awards in 2008 and 2010 for his work.

Gary Tuchman is veteran journalist with dashing personality. And Gary’s current relational status is married. Tuchman’s sexual orientation is straight and he has not much disclosed about his past relation.

Gary was married to Katherine M. Stark, who is a daughter of Rosemary Stark and William E. Stark in 1990 in a private event where his some of his friends and relatives attended the ceremony. The news about their marriage was also published in The New York Times.

He has a daughter named Lindsay is following in her father's footsteps starting working at WBOC-TV in Maryland. Gary currently lives in the United States along with his family. And he keeps interest in traveling and listening to movies. Tuchman has also been spotted attending several events and also has appeared in the guest role in several TV shows.

Tuchman’s net worth is a s sumed to be around a million dollars and his salary is not updated yet. Tuchman is active on Twitter with more than thirty thousand fan followings.