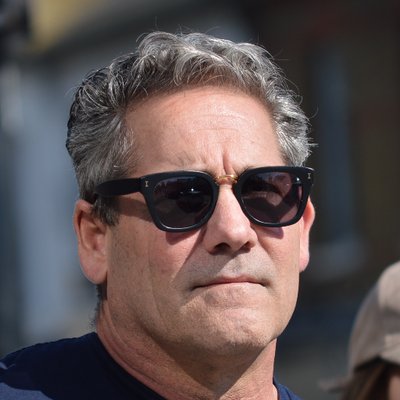 Gary Cardone is an American businessman, entrepreneur, and a leading payments executive. He has more than 30 years of experience in the fields including energy and natural gas, real estate, payments, and eCommerce solutions. He is a twin brother of Grant Cardone who is a sales trainer, renowned speaker, international social media influencer and real estate mogul.

Gary Cardone was born on March 21, 1958, in Lake Charles, Louisiana, USA. He has the sun sign of Aries which is represented by a ram-he shows traits of his horoscope in his personality such as daring, active, courageous and energetic. He was born to father Curtis Louis Cardone and mother Concetta Neil Cardone. He has a twin brother Grant Cardone who is a successful businessman. Gray Cardone belongs to the White American ethnicity and his nationality is American.

He attended a local school and high school in Louisiana. For his higher studies, he attended McNeese State University, Lake Charles, Louisiana from where he graduated with a degree in economics in 1980. He moved to Texas in 1987 to join a relatively new start-up, Natural Gas Clearinghouse.

Cardone started his career by joining a start-up company Natural Gas Clearinghouse aka NGC in 1987. As one of the first companies in the developing natural gas industry, NGC grew rapidly and quickly became a renowned company in the world.

Cardone is hugely credited for his contribution in building the company’s European branch from the ground up. His efforts and dedication finally paid him up as he was given the post of the CEO of the organization. He became one of the youngest CEO of a Fortune 50 company like Jack Dorsey of Twitter. He retired from the energy industry after working for 25 years. After his retirement, he noticed the influence of the internet and the goods market, so he tried his hand in the eCommerce industry.

The following video features an interview with the Cardone brothers as they discuss various topics like the global expansion of their companies, poker, and private jets.

As of 2019, Gary is the CEO of both Chargebacks911 and eConsumerServices. He is also a partner at Global Risk Technologies. The company’s venture into the eCommerce and digital market provided them the first ever solutions to take on threat sources including friendly fraud, affiliate fraud, and others.

You May Like: How Much Is Tai Lopez's Net Worth? How College Dropout Lopez Became A Successful Businessman And Life Coach?

Gary has kept a low-key media profile which keeps his career growth and earnings out of the media radar. He is a businessman and has kept his lips sealed about his income from his various companies. But we can predict his net worth to be in millions as he is a renowned businessman, entrepreneur as well as CEO of reputed organizations.

According to inc.com, his company Chargebacks911 had revenue of $15.7 million in 2014. On the other hand, the revenues from his other companies have not been given to the media, however, looking at its reputation across the United States and overseas, we can predict that it has the revenue at the similar range as Chargebacks911. Gary Cardone has also kept his salary as the CEO of his two companies a secret.

As of January 2019, Cardone is happily married to his wife and has 2 children with her. Cardone, despite being a popular businessman, has kept his personal life far from the media radar. Cardone and his family are residing in Clearwater, Florida and living a happy life together since very long.

On the other side, his twin brother Grant Cardone is also a happily married man. The sales trainer and a renowned speaker is married to his spouse Elena Lyons with whom, he shares two children; Scarlett Cardone and Sabrina Cardone.

You May Also Like: How well is the married life of businessman Mark Cuban going on after 14 years of married life?