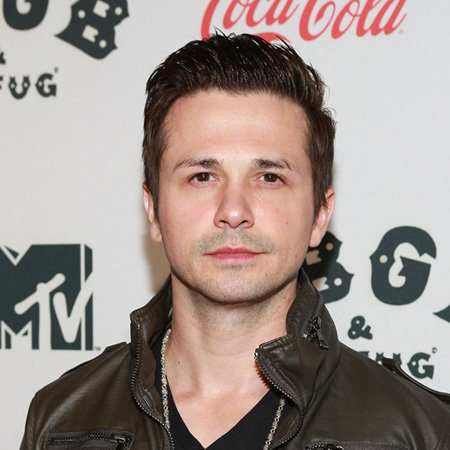 American actor, Freddy Rodriguez is known for his portrayal of Hector Federico "Rico" Diaz on HBO's Six Feet Under. He is also known for his roles in other TV series and movies such as Bull, Ultimate Spider-Man, The Night Shift, Fort Bliss, and Soldier of Fortune.

Freddy Rodriguez is an American born Mexican actor, who was born on the 17th of January, 1975 and is currently 40 years of age. He was born as the son of a Mexican father Dominico Rodriguez and mother Gabriela, who was originally from Puerto Rico.

He was born and raised in Illinois, Chicago and lived in a black community. So, his childhood was filled with plenty of crime and drugs related environment. However, his father did his best to keep his son away from all that and managed to send him to a good school in the community.

Having been influenced by movies from an early age, he wanted to grow up and become an actor, as he “loved guns and cars”, he said. He did act during his school and at the age of 13 was seen acting in a theatre from the inner-city youth program.

After that, the theatre hired him to work in their plays at weekends, which earned Freddy a scholarship to the much better Pulaski International School. He joined the school when he was in the 8th grade but graduated from Lincoln Park High School, majoring in acting and drama.

He has got mixed parental ancestry but as he was born in the United States, he is an American by nationality. Following Christianity from a young age, he belongs to white ethnicity.

Due to his Spanish- American accent and looks, he often played in similar roles. He started his career from the film in 1995, playing the role of Pedro Aragon, Jr. in the film A Walk in the Clouds. He also got the role of a Vietnam Soldier in the movie Dead Presidents.

Then onwards, he played different roles like the Ninja in The Pest, as a wild Scottish in Can't Hardly Wait and was also seen in the TV show Scrubs. He also worked as a voice actor in the animated series of Teen Titans. His role of Fredrico Diaz in HBO’s Six Feet Under was very popular as the show gained a wide number of viewers and fans.

With his work in the shows 5 long series, he won awards like Screen Actors Guild Awards for Best Ensemble in a Drama Series and was also nominated for an Emmy under the category Best Supporting Actor in a Drama Series.

His role as a drug dealer named “Hector” in movie Havoc (2005) was followed with an appearance in the movie Lady in the Water. Then he got his first lead role in a theatre act, under the title Harsh Times. He also played as a jockey alongside actress Dakota Fanning in the hit film Dreamer.

Freddy Rodriguez's Net Worth And Salary

Freddy Rodriguez's net worth is $3 million at present. He has earned a good amount of salary from his career as an actor. He has appeared in dozen plays, including "To Kill a Mockingbird", "Twelve Angry Men", "The Crucible", "A Midsummers Night's Dream" and "The Lottery."

In order to know more about Freddy and his work, you can read his biography that is available online on sites like Wikipedia and IMDB.

He is a married person and is in a 20-year long relationship with his wife Elsie Rodriguez. A father of two children, he hasn’t got any other kids or affairs. To get to know more about him, you can follow him on his Twitter and Instagram accounts.