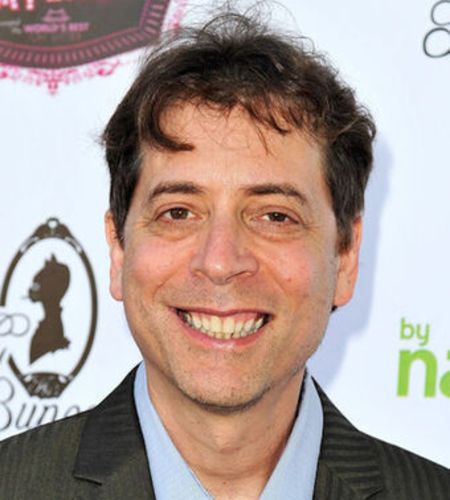 Fred Stoller is an American screen and voice actor, stand-up comedian, writer, and author. He is most known for playing Gerard in the CBS sitcom Everybody Loves Raymond.

How Old is Fred Stoller? What is his Height?

Stoller grew up in Brooklyn, New York with his younger sister.

Fred Stoller began his professional stand-up comedy career in the early-'80s. He has made televised appearances as a comedian on shows like Late Night with David Letterman, The Tonight Show Starring Johnny Carson, The Tonight Show with Jay Leno, and The 13th Annual Young Comedians Special.

While Fred Stoller might have made his on-screen acting debut in 1981 with an uncredited appearance on Saturday Night Live!, his career didn't take off until nearly a decade later. He has since featured in nearly 150 movies and TV shows as a screen voice actor. 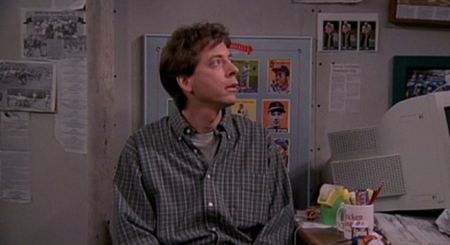 Fred Stoller as Gerard on Everybody Loves Raymond SOURCE: IMDb

On television, he is most known for his work on shows like Singer & Sons, Vinnie & Bobby, Seinfeld, Murphy Brown, Suddenly Susan, Sabrina the Teenage Witch, The Nanny, Jesse, Everybody Loves Raymond, Oswald, WordGirl, and Central Park.

His movie works include Big Man on Campus, Dumb and Dumber, Wilbur Falls, Austin Powers in Goldmember, Fred & Vinnie, The Change-Up, and The Call.

Besides that, he has also written two episodes of Seinfeld in the mid-'90s, as well as the animated shows Dr. Katz, Professional Therapist, and Handy Manny.

Fred Stoller published his first e-book titled "My Seinfeld Year" in 2012 -- in which he chronicled his experiences as a new staff writer on the popular NBC sitcom. He has since released two more books: a book titled "Maybe We'll Have You Back: The Life of a Perennial TV Guest Star" in 2013, and a second e-book titled "Five Minutes to Kill: How the HBO Young Comedians Special Changed the Lives of 1989’s Funniest Comics" in 2017.

As reported by celebritynetworth.com, Fred Stoller has a net worth of $1.5 million in 2020. The eminent actor-writer-comedian has been in the entertainment industry since the early-'80s as a comedian, writer, and screen and voice actor. His net worth is a culmination of his nearly four decades in the industry.