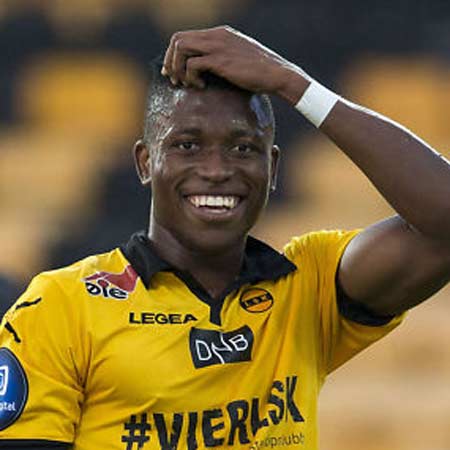 Fred is a Brazilian professional footballer who plays for Ukrainian club, Shakhtar Donetsk as a midfielder. He started his professional career in 2012 from Brazilian multisport club, Internacional. He was called up to Brazil’s squad for the 2015 Copa America. Fred is selected in Tite’s final 23 man squad for the 2018 FIFA World Cup.

Fred was born Frederico Rodrigues de Paula Santos on 5th March 1993 in Belo Horizonte, Brazil. He is Brazilian as per nationality, and as far as his ethnicity is concerned, he is Afro-Brazilian.

Fred started his professional career in 2012 and started playing for the Brazilian multisport club, Sports Club Internacional. At the end of season 2012-2013, he appeared in 55 games scoring 8 goals.

Fred signed a contract with Shakhtar Donetsk for €15 million ($17.67) on 26th June 2013. He made his competitive debut in Ukrainian Super Cup in the 3-1 victory over Choronomorets Odesa where he scored two goals.

In July 2014, he along with other six Shakhtar players refused to return to Donetsk during the Ukrainian crisis. They remained in France following the friendly match against Lyon. He made his debut goal in the UEFA Championships League in the 2-1 win over AS Roma on 21st February 2018.

As of 2018, there are rumors of Fred joining Premier League as the premier league arch rivals, Manchester United and City are battling for his transfer.

Fred was called up for Brazil’s squad for 2015 Copa American after Luiz Gustavo became injured. The team later reached the quarter-finals. He is listed in the 23 man squad for the 2018 World Cup in Russia.

Fred has an estimated net worth of million dollars, however, the amount is still under review. His current market value is €28.80 million ($33.95). He endorses the brand, Nike.

Fred prefers to keep his personal life low key. He is not married yet and merely talks about his dating life and relationships with media. With the limited information he has shared about his love life, it can be a s sumed that he is single in the current days.

Fred was found using hydrochlorothiazide, a banned drug to improve his performance in Copa America 2015 for which he was disqualified for 4 months from March 2017.

Here is the video which shows Fred's skills: