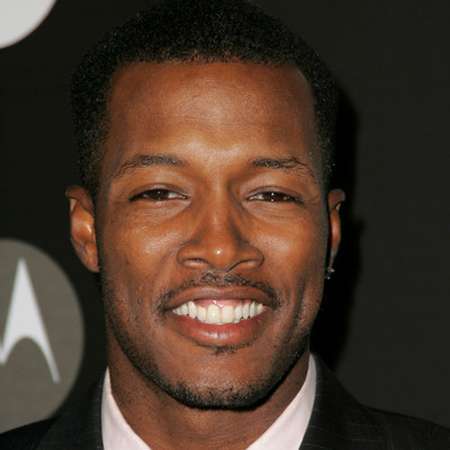 Flex Alexander is dancer, comedian as well as an actor who is known best for his acrobatic dancing skills. He was born on 15th April, 1970.

Flex was born as Mark Alexander Knox in Harlem. His parents are Alethia Knox and Robert Whitehead. His dancing started when he was a teen. After beginning to dance in New York Clubs, he earned the nickname of Flex owing to the acrobatic dance skills he portrayed to his audience. He was discovered by DJ Spindrella and thus was called on to tour with rap trio Salt-n-Pepa’s dance troupe. After doing so for three years, he also choreographed for Mary J. Blige and Queen Latifah during that time. After doing his stand-up comedy debut in 1989, he turned into acting and made his film debut from the film Juice in 1992. He was also regularly portrayed in the comedy show entitled Uptown Comedy Club.

The ABC sitcom Where I Live, turned out to be Flex’s first television role. After this, he starred in Sister, Sister, as well as The Cosby Mysteries. He starred next on the sitcom Homeboys in Outer Space and after the show’s cancellation, he co-starred in Total Security. He then starred on Brooklyn South, the Parker’s and also on films like Backroom Bodega Boyz as well as She’s All That.

The UPN sitcom, Girlfriends, starred Alexander from 2000 to 2001 as Darnell after which he starred as Mark Washington on the sitcom One on One. This role earned him a nomination of NAACP Image Awards as well as two BET Comedy Awards. The VH! Biopic Man In the Mirror: The Michael Jackson Story starred him as Michael Jackson on 2004. This too earned him a NAACP Award nomination. After ending his roles in One on One, Alexander starred on the film Snakes on a Plane as well as on the 2007 film The Hills Have Eyes 2. Poor Boy’s Game also starred him and he has played on CSI: Miami as well.

As far as his personal life is concerned, Alexander has been married to R&B singer Shanice Wilson. The couple got married on Valentine’s Day on February 14, 2000 after dating for more than 5 years. Their relationship has been going strong since the time they started dating and there is no current news regarding problems in their relationship which might lead to their divorce. They have been married for 15 years and have two children together. Their daughter Imani Shekinah Alexander Knox was born on 23rd August 2001 while their son Elijah Alexander-Knox was born on 5th March, 2004. This couple has their own reality show entitled Flex and Shanice which premiered in the OWN channel since November 1, 2014.

Flex has a net worth of about 250 thousand dollars which can be attributed to his dancing videos, skills, movie and television appearances as well as from his reality show. Other information about him is available on various biography sites.