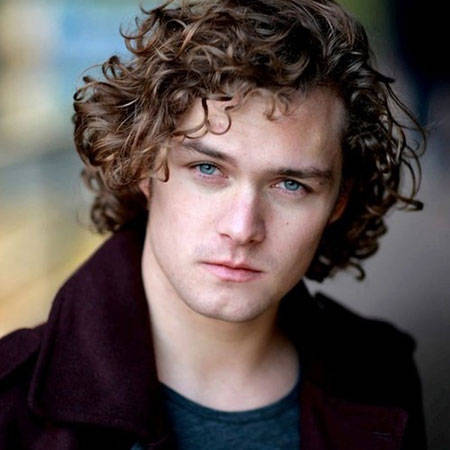 English actor, Finn Jones is best known for his role as Loras Tyrell in the HBO series, Game of Thrones. He currently portrays Danny Rand in the Netflix television shows Iron Fist, The Defenders, and Luke Cage, which are set within the Marvel Cinematic Universe.

He has played in some movies as well. His movie roles include Teddy in Wrong Turn 5: Bloodlines, Martin in The Last Showing, and Deputy Sorrel in Leatherface.

Terence "Finn" Jones was born on 24 March 1988, England, United Kingdom. He spent most of his childhood in England. Jones was a Sixth Form student at Hayes School based in Bromley.

Jones was highly interested in acting from a tender age, so he went on to train on a three year long acting course at The Arts Educational Schools.

Jones bagged his first role in in the second series of Hollyoaks in October 2009 as Jamie, a young man who found love with Emma Rigby's character Hannah Ashworth. He then departed from Hollyoaks in February 2010. Finn went on to be seen in two episodes of The Bill on 1st and 8th April 2010.

He then appeared as Commander Lisa Kennedy's son Mark Kennedy, who was accused of murder. He also went on to film an online drama called The Curfew commissioned by Channel 4 and produced by Little Loud Productions.

Jones is also noted to have appeared as Santiago Jones in The Sarah Jane Adventures in the story Death of the Doctor, which he performed as phenomenally as any other role he has ever played. He went on to be seen in the 11th series of Doctor precisely in January 2010.

On 19th June of the same year, Finn announced that he would be joining the cast of Game of Thrones, the popular HBO adaptation of the novel series titled A Song of Ice and Fire written by George R R Martin. He went on to appear as the character Ser Loras Tyrell, The Knight of Flowers of the Tyrell house. His role is very much appreciated by his straight as well as gay fans.

In 2012 he was seen in a horror film Wrong Turn 5: Bloodlines, although his role was rather minor. More recently in 2014, Jones starred in the films; Sleeping Beauty and The Last Showing. He has finished filming in the 2015 TV series; Life is Square which will air on BBC2. He will be playing the main character Julian Bell. His fans are anticipated to watch him in Life is Square.

Finn Jones' Net Worth And Salary

Finn Jones' net worth is around $3 million at present. He earns a decent amount of salary from his acting career.

Jones has talked a lot about sexuality throughout his career. He had talked a great deal about playing the gay character, Loras Tyrell in Game of Thrones while gracing the February 2013 issue of Gay Times magazine.

Jones himself is not gay but is a strong gay rights advocate. He is very focused in his work so not much has been disclosed about his dating history or girlfriend. He has not married till date and is allegedly single.

Jones is currently 27 years old and stands tall at the height of 6 feet. He has already gained wide recognition even at this age. Jones is not only an actor but a DJ as well. He is an a s sociate of the London based collective "Human Effort".