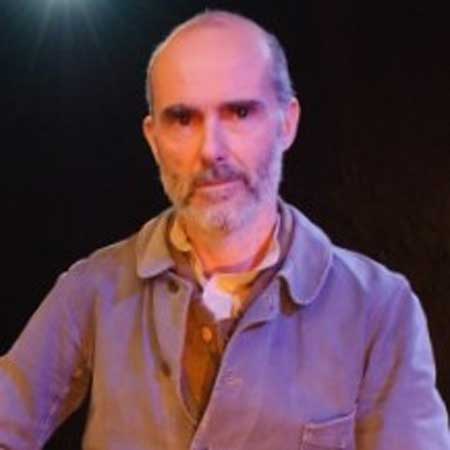 Finbar Lynch is an Irish actor who is most  commonly known for “Suffragette”, “The Number Station” and “Child 44.”  Finbar Lynch was seen in Antigone, Desire Under the Elms, The Fairy QQueen, Duchess of Malfi, The Big Fellah and Three Sisters.

Finbar Lynch was born on 28 August 1959 in Dublin, Ireland. At the age of 11, he moved to the village of Inverin, County Galway with his family members where his father ran a clothing factory under a scheme to encourage business investment. His age is 57 years.

Lynch has two siblings. At the age of eighteen, he came back to Dublin in order to start his career in the field of acting. He belongs to Irish nationality and holds Caucasian ethnicity.

When Finbar was at the age of eighteen he started working in local theaters where he learned acting. But Finbar could not handle the theater for that long as he was less experience.

Lynch successfully auditioned for a small role in the Tennessee Williams drama named “A Streetcar Named Desire” where he worked as a stagehand. With the hard labor and dedication of Lynch towards the field of acting, he was nominated for the Tony Award.

Finbar was also nominated for a Drama Desk Award  for Outstanding Actor in a Play for his performances which he performed in the Broadway run of the Williams play entitled “Not About Nightingales.”

Lynch also did some television works which includes his appearance in the soap opera named “Glenroe”,”Proof”,”Breathless” and “Small World.” He was also seen in “Waking the Dead”,”Dalziel and Pascoe”, “Inspector George Gently”, “DCI Banks”, “Game of Thrones” and “Foyle’s War” where he made his minor appearance.

Finbar appeared in several theaters which also includes the National and RSC theater such as “The Tempest”,”Julius Caesar”, “A Midsummer Night’s Dream”,”Measure for Measure”,”King Lear”, “Antony and Cleopatra.”

Lynch other theater works includes Antigone, Desire Under the Elms, The Fairy Queen, Duchess of Malfi, Faith Healer, The Big Fellah, The Ragged Trousered Philanthropists, The Fastest Clock in the Universe, Dancing at Lughnasa, Fool for Love and Three Sisters.

One of the promising Irish actor Finbar Lynch was interested in acting from his early age and apart from it, he is interested in sports. His favorite game is Football where he includes himself as a tenacious defender.

Lynch is passionate about watching films especially classic movies like “It’s a Wonderful Life.” The famous actor is married to the popular actress named Niamh Cusack.

Finbar has appeared in several movies to his credit till date. His movie “Child 44” was able to make an average grossing of $12,951,093  worldwide. His net worth is reported to be more than million of dollars as he was able to gain a huge popularity through his acting.