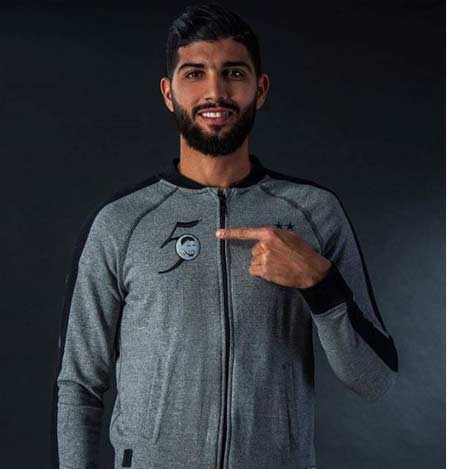 Ferjani Sa s si plays for Saudi Arabian club Al-Na s sr and Tunisian National Team as a defensive midfielder. He was part of Tunisia's 2018 FIFA World Cup in Russia during which he scored a penalty in the group stage match against England.

He had developed a love for the game of football as a young boy. His interest for the game grew stronger with age. As a youngster, he played for local club Stade Tunisien polishing his skills as a defensive midfielder.

In 2010, he kicked off his professional football career joining CS Sfaxie from Sfax. In his first season with the club, he netted 1 goal appearing in two matches. In 2012-13, he was part of the team that won the Tunisian League. The following season he scored 5 goals playing in 29 matches.

In 2015, he signed a contract with French club FC Metz. He appeared in a total of 39 matches netting only one goal. He then returned to his home country to play for ES Tunis and with club won two consecutive league title. Sa s si scored a total of 7 goals for the club. As of 2018, he is playing for Saudi Arabian club Al-Na s sr and is yet to score his debut goal for the club.

Sa s si made his senior team international debut on June 8, 2013, against Sierra Leone. The played the entire match which ended in a 2-2 draw.

He was part of Tunisia's 2018 FIFA World Cup squad and in the group stage match against England score in a penalty. However, his team lost the match 1-2. He has won 43 caps for his country netting a total of 4 goals.

Tunisian defensive midfielder, Sa s si's exact net worth is not public, however, some reliable sources claimed it to be in six figures. His current market value is $1.9 million.

As of 2018, Ferjani Sa s si is possibly single. He has not made any of his relationship public which shows that he is a private person when it comes to love affairs and family life.