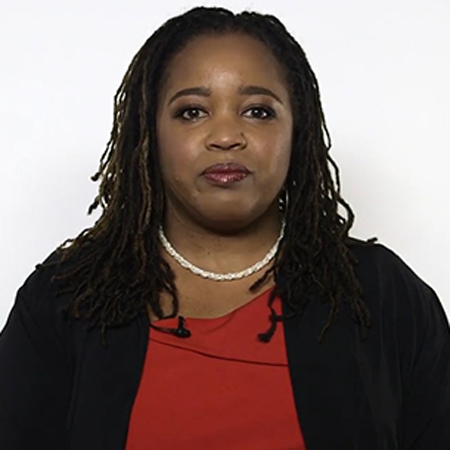 Farai Chideya is an American novelist, professor, multi-media journalist as well as a radio host. She is the producer and host of the program called ‘Pop and Politics with Farai Chideya’ for 15 years. She currently produces and hosts the program ‘one with Farai’ for Public Radio international. Farai Chideya was born on July 27, 1969, in the United States of America.

Farai Chideya attended a local school at Maryland. She is a graduate of prestigious Harvard University with the Bachelor of Arts in English Literature in 1990. Farai was interested and enthusiastic in writing since her early age.

Farai Chideya is one of the distinguished and most honored alumnae from Harvard University. Her academic life highlights her professional life as she is a professional in residence at the Graduate School of Journalism at the University of California at Berkeley. She also serves as a visiting professor at the Annenberg School of Communication at the University of Southern California and also a distinguished writer at the Arthur L. Carter Journalism Institute at New York University.

Farai Chideya is the founder and president of earliest pop culture blogs PopandPolitics.com. The blog proved to be a training ground for young arts and culture journalists. She has served in various news stations including CNN, MSNBC, ABC News, Fox News, BET and CNBC as a political analyst.

Farai Chideya has written for the website FiveThirtyEight as a senior writer. Besides, she has worked on the radio programs as well. She was the host of National Public Radio and a radio call-in show on KALW public radio.

Faria is also active in print journalism where she has worked for a number of news magazines and websites including The New York Times, The Los Angeles Times Syndicate, the Oxygen Network, MTV News, American Prospect Online and much more.

‘Kiss the Sky’ is the first novel of Farai Chideya which was published in 2009. The book is based on the details of a black female rock musician making a career comeback in New York. She is an author of three non-fiction books titled ‘Don’t Believe the Hype’, ‘The Color of our Future’ and ‘Trust: Reaching the 100 Million Missing Voters’.

Faria Chideya has received a number of awards and honors for her outstanding work in the journalism. She was awarded a special award from the Lesbian and Gay Journalists Association for AIDS reporting in 2008. An enterprise reporting by the National Association of Black journalist in 2007, A North Star Award in 2006, WIN Young Women of Achievement Award in 1996 and many others are some of the awards that she had won.

Farai Chideya is half African and Half American. Her father is from Zimbabwe and her mother is from Baltimore, Maryland. She is an American citizen and was born and raised in Maryland. She has not disclosed any information on her family life as well as personal life. Her ring finger is still vacant so it is for sure she is not married yet.

Having seen her demand and contribution in journalism, Farai Chideya is believed to earn a satisfactory amount of salary increasing her net worth.