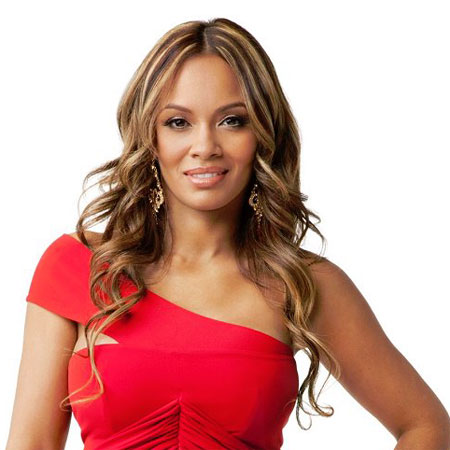 Evelyn Lozada is an American model, spokesperson, and television personality. He was cast as one of the five members in the Vh1 reality series called Basketball Wives. She also served as a secretary to an entertainment attorney and later became co-owner of Dulce.

Lozada was born on December 10, 1975, in Brooklyn, New York in U.S. Her full name is Evelyn Alexandra Lozada. As far as her ethnicity, she is of Puerto Rican hierarchy. She holds an American nationality.

Born in Brooklyn in New York, she was raised in the Bronx with her mother. In 2007, she moved to Miami. Her mother was her whole parent.  She has not completed much education.

Lozada didn’t attain college rather she ended up taking a job of assistant and later she turned her career into acting.

Lozada initially started working as a secretary for an entertainment attorney. Later, she became the co-owner of Dulce, which is a shoe boutique located in Coral Gables, Florida.

After the series, she was offered for the other series, which was supposed to be aired in 2013. But the show never really aired. The show name was titled as Ev and Ocho.

In 2012, she was seen in a television show Iyanla: Fix My Life. In the show, she discussed her personal life and her emotional healing stuff. Later in 2012 she also posed for PETA’s "I'd Rather Go Naked than Wear Fur" campaign.

Lozada has reached the age of 41 now. Her zodiac sign is Sagittarius.

Lozada dated NBA Star, Antoine Walker for 10 years and was engaged to him. The couple did not get married.

Later in 2012, she married NFL Star Chad Johnson who was also known as Chad Ochocinco. The couple was divorced in the same year in September. She remained single for a year.

Recently, she informed that she is again getting engaged to Los Angeles Dodgers outfielder, Carl Crawford. They were engaged in 2013. As per the information, she is expecting her first child who is probably a baby boy together with Carl Crawford.

She is basically popular in Acting and Modeling. She has a good amount of salary from her work. Her net worth is $1.5 million USD.

She is active on social networking sites such as Twitter and Instagram. She has a huge number of fan followers on her social accounts.