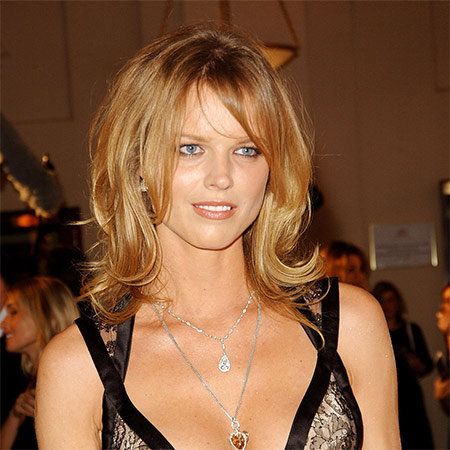 Eva Herzigova is an actress and model who has worked for the ELLE magazine, the Allure, Marie Claire, Numero, and more

Eva Herzigova has been known for all the endeavors she has carried out as a face of the Allure, Marie Claire, Numero as well as the ELLE magazine. She started her work at the age of sixteen and has also appeared in several fashion events.

Eva Herzigova was born on the 10 March 1973. Born in Litvinov, she started off her career in the modeling fraternity at the mere age of sixteen. She took part in a contest in Prague in 1989 and became the member of the Thomas Zeumer’s Metropolitan Models.

Eva Herzigova appeared and became popular in the Wonderbra campaign which led her to heightened fame. Her popularity has risen all over the years as of then and Eva Herzigova has also appeared in Sports Illustrated as well as in the Victoria’s Secret catalog. She has even appeared on the covers of several magazines like Vogue, Allure, Marie Claire and much more.

Eva Herzigova has been known for walking for designers like Giles Deacon, Versace, Emilio Pucci, Louis Vuitton etc. She has also been exclusively featured in the campaigns for Dior beauty and for Giorgio Armani.

It has been known that Eva Herzigova is currently dating Gregorio Marsiaj. The couple has been together since 2005 but has not been married yet. They have three children together. Their son George was born on the 1st of June, 2007 while their second son Philipe was born on the 13th of March, 2011. Their third son Edward was born in April 2013. The couple is certainly getting along pretty well together with no signs of an imminent split.

As far as Eva Herzigova’s previous dating history is to be considered, she was married to Tico Torres on 1996 and they got a divorce on 1998.

The net worth of Eva Herzigova has been known to be a whopping $8 million.Herzigova’s effortless beauty, her extremely beautiful looks, body and her appearance in the general public makes her extremely beautiful and liked by all of her fans around the world. She has the height of 5 feet and 11 inches and the weight of 60 kilograms. She has an eye color of blue/green and Eva Herzigova’s hair color is light blonde which makes her look unique.