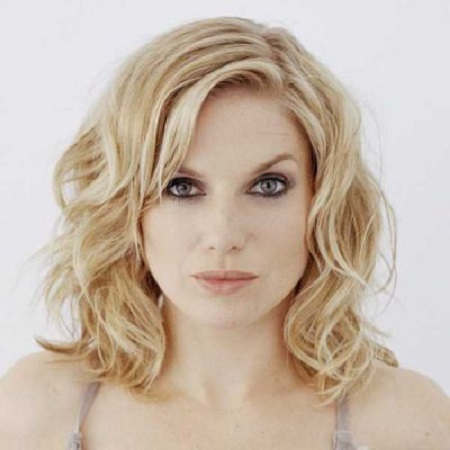 Irish actress and writer Eva Birthistle has famously appeared in Ae Fond Kiss... and the Netflix hit series, The Last Kingdom. She is the winner of the London Film Critics Circle British Actress of the Year Award and the IFTA Best Actress in a Leading Role (Film) Award.

Eva Birthistle was born on January 1, 1974, in Bray, Wicklow, Ireland, but later moved to Derry, Northern Ireland, with her family when he turned 14.

She has not spoken out anything about her father and mother in public. It's also unknown if Ae Fond Kiss... star has a brother or sister or not.

Birthistle was raised Catholic but she studied at the non-denominational Foyle College. After getting General Certificate of Secondary Education, the actress returned to Ireland where she studied acting at The Gaiety School of Acting in Dublin.

Eva Birthistle started her acting career in 1995 by playing the role of Regina Crosbie in the RTÉ One hit series, Glenroe, and she appeared on the show for three years until 1998.

She made her feature film debut with Alan Gilsenan's All Souls' Day in 1997. She has since appeared in variety of roles in Irish films such as 1997's Drinking Crude (alongside Colin Farrell), and 1998's television movie Miracle at Midnight (alongside Mia Farrow).

Later in 2002, she starred appeared in a dramatization of the events of Bloody Sunday, Sunday, which was written by Jimmy McGovern.

In the following years, Birthstle played the role of Roisin Hanlon in the Ken Loach film, Ae Fond Kiss... The film earned her the London Critics Circle Film Award as "British Actress of the Year" in 2005.

She has won the IFTA Best Actress in a Leading Role (Film) Award two times.

Eva has currently been appearing on the Netflix series, The Last Kingdom, since 2015. She appeared in the Irish drama romance film, The Delinquent Season, alongside Cillian Murphy.

Being a successful Hollywood star, Eva Birthistle certainly earns a decent amount of money from his film and television career.

Both the salary and net worth of the Ae Fond Kiss... star are under review. However, according to multiple websites have suggested that his net worth is $1 million.

According to the PayScale website, an actor in the United States of America earns $10,000 to 100,000 per year depending on his/her popularity.

Talking about the personal life of Eva Birthistle, the Last Kingdom star is a married woman. She has been married to her husband Ross, who is an acupuncturist by profession. The couple shares two children; a son, Jesse, (born in 2013) and a daughter, Joni (born in 2017).

She was also previously married to V for Vendetta and Morvern Callar actor Raife Patrick Burchell in 2006.