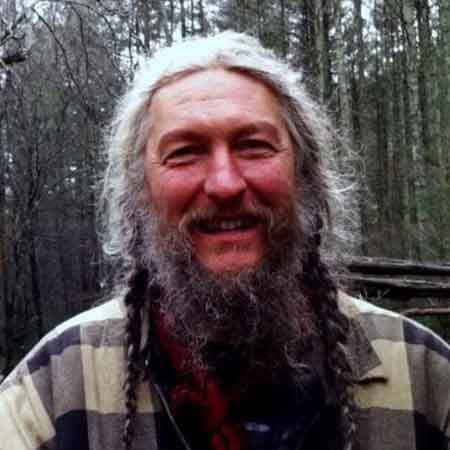 American naturalist, Eustace Conway rose to fame after featuring in the History channel show, Mountain Men where he resides in a parcel of land in the Blue Ridge Mountains of North Carolina which he calls Turtle Island. He is also the subject of the book The Last American Man by Elizabeth Gilbert and radio show This American Life.

Conway was just 17 when he left his home so that he could live in a tipi on the woods. He has hiked the entire Appalachian Trail to set the world record for crossing the US on horseback from the Atlantic to the Pacific.

In 1998, the weekly radio show, This American Life reported his cross-country journey in the episode "Adventures in the Simple Life". The show uses a recording tape to cover Conway's journey. In 2003, a doc u mentary film, Full Circle: A Life Story of Eustace Conway was released on Conway's life which was directed by Jack Bibbo.

Similarly, Conway was featured in the 2012 doc u mentary film Reconvergence. He rose to fame after starring in the History channel reality TV series, Mountain Men in May 2012. The show focused on Conway daily life living in the Turtle Island performing his chores and preparing food for the coming winter.

However, in November 2012, Turtle Island was forced to shut down public property because of its traditional buildings violated building codes. In mid-December, he tried to resolve the problems with the North Carolina Building Code Council but he arrested for trespa s sing on a neighbor's property.

His problems quickly gained the notice of state officials and The North Carolina General Assembly stepped in this for proposing an exemption to building-code requirements. Both the state's House and Senate voted for his support and in June 2013, the bill was signed. The whole legal thing was described in the Fox News special War on the Little Guy.

Eustace Conway is unmarried and he isn't dating anyone at the moment. He lives in Turtle Island and enjoying his life with nature and jungles which might be the reason he hasn't been in any kind of romantic relationship.

Conway is a popular TV star known for his appearances in the History channel show Mountain Men, he earns more than $200k+ salary from the show. He is the owner of the 1,000-acre (4.0 km2) Turtle Island Preserve in Boone, North Carolina which market value is in millions. As per some online sources, his estimated net worth is $1 million.