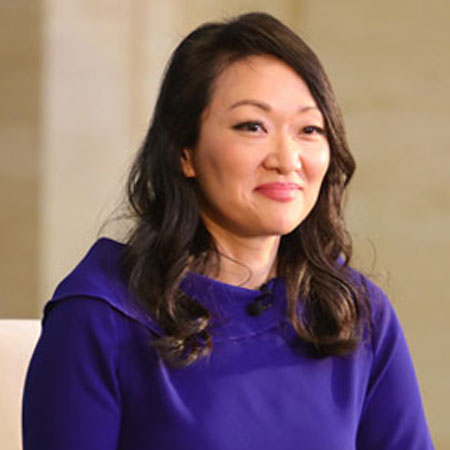 Eunice Yoon is a journalist who currently serves as the Senior Correspondent at the CNBC. She reports from the CNBC bureau in Beijing and hosts the monthly program Inside China for the network. Yoon also works as a contributing correspondent for NBC News.

Eunice Yoon was born in the United States. Eunice is an American citizen by nationality and a Korean-American by ethnicity.

Yoon holds a Bachelor's degree in Arts and also honors in Political Science from Brown University in the Providence Rhode Island. Furthermore, she is also a pupil of Phillips Exeter Academy.

Eunice Yoon is the CNBC Beijing Bureau Chief. In November 2012, she joined the network to deepen the CNBC coverage of China.  She hosts the CNBC's monthly program Inside China.'

Eunice Yoon reports the business as well as the economic headlines from China to provide her viewers with clear analysis.

Before joining the CNBC, Eunice Yoon used to work with CNN International. There she worked for eight years as an Asia Business Editor and also a Correspondent based in Beijing.

While Yoon was in Asia, she documented the rise of China and how it influenced the global economy as well as the geopolitical landscape. She reported on the transition of the power to the President Xi Jinping and also the Premier Li Keqiang administration.

Eunice Yoon has also investigated the wave of protest triggered by the government crackdown on the activists in the wake of Arab Spring and grassroots discontent.  She also studied the complicated relationship between China and its neighbor North Korea.

In 2008, Yoon became the first journalist to reach the Sichuan earthquake zone. Eunice has also reported on the issues surrounding the Beijing Olympics.

Yoon along with her team made reports on the Asian tsunami in 2004. Her report won the prestigious DuPont Award.

Eunice Yoon has also reported on the news for the Canadian Broadcasting Corporation, Voice of America and also YTN of South Korea.

Eunice Yoon is yet to be married and also has yet to introduce anyone as her boyfriend. She has remained tight-lipped about her love life, relationship, and boyfriend.

Judging by her social media, Yoon is quite a gourmand. She currently resides in China.

Eunice Yoon has made a certain agreeable amount of money from her career. As of 2019, her net worth is estimated to be more than $1 million, according to some reliable sources.