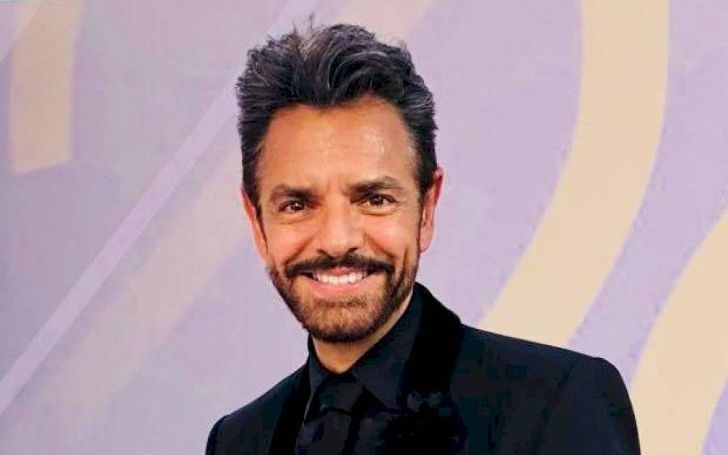 Eugenio Alexandrino González Derbez who is famous as Eugenio Derbez is a Mexican actor, movie maker, and comedian who has been active in the industry since 1980. He is very famous for his work as a writer, director, and actor in the movie named  Instructions Not Included in the USA and worldwide.

Eugenio Derbez was born as Eugenio Alexandrino González Derbez on September 2, 1961, in Mexico City, Mexico. He is of Mexican nationality while his ethnicity is missing. He is the son of Eugenio Gonzalez Salas (Publicist) and Silvia Derbez (Actor).

Talking about education, he completed his degree in film directing from the Mexican Institue of Cinematography. Following this, he joined Televisa Acting School. Also, he has taken singing, dancing, and music classes.

He has a tall height of 5 feet 10 inches and has a bodyweight of around 74kg.

Once there was a huge rumor of Eugenio Derbez's death in August 2018. Later on, it was proved to be a fake rumor.

The 59 years old, Eugenio Derbez is currently in a marital relationship with an actress and singer named Alessandra Rosaldo. The pair got married in 2012 in a lavish ceremony. The pair also welcomed a daughter named Aitana in August 2014.

Previously he was married to Mexican actress, Victoria Ruffo in the year 1992 after a year of their dating relationship. In the same year, the couple welcomed a son named Jose Eduardo Derbez. However, in 1996, the pair called off their relationship and they legally got divorced in 1997.

Also, he has gone through several relationship. During the 80s or 90s, he dated Silvana Prince and also welcomed a son named Vadhir Derbez in 1991.

In 2003, he dated actress Dalilah Polanco in the year 2003, and after three years of togetherness, they separated. Later on, he dated Mexican actress Gabriela with whom he shared a daughter named Aislinn Derbez.

Once he was rumored to be in a dating relationship with singer Alessandra Rosaldo after the picture of them kissing got viral.

Eugenio Derbez has a net worth of $30 million as of 2020 from his several careers in the entertainment industry for a long time.

He started his career as an actor back in 1981 after his appearance in the TV series, ¡¡Cachún cachún ra ra!!. After this, he has worked in several movies and series such as Tal como somos, No tengo madr, Under the Same Moon, XHDRbZ, Jack and Jill, and The Unbeatables.

He is all set to appear in the upcoming project such as Coda, The Three Tenors, and Speedy Gonzales.