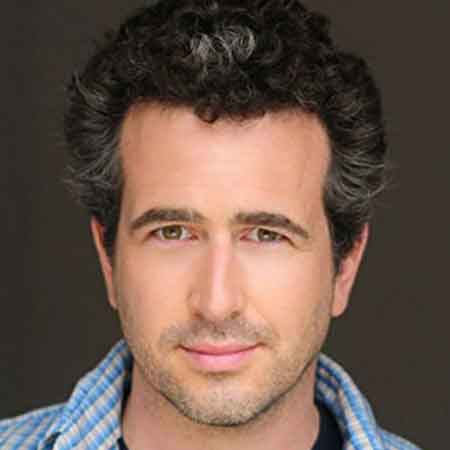 A good actor is someone who knows how to make any characters look real and honest on the screen and Ethan Sandler is one of those actors. He is an American actor, comedian as well as producer who is well known for the role of ADA Jeffrey Brandau on the television series Crossing Jordan. His other notable movies include The Chocolate War, Flushed and The Enigma with a Stigma.

Ethan Sandler was born on 3 December 1972 in Fort Wayne, Indiana, the United States of America under the birth sign Sagittarius which defines his personality to be energetic and curious.

He is the cousin of the famous actor and comedian Adam Sandler.

A vaguely hostile drunken man in Vancouver once told us a joke with the punchline 'me and my brother'. The set-up included 'four thumbs'. #missingthatsuit

He attended Mercer Island High School (cla s s of '91) near Seattle, Washington and graduated in the year 1995 from Northwestern University.

Sandler started his acting career from the movie, The Chocolate War (1988) where he portrayed the role of teenager David Caroni. He was cast along with Ilan Mitchell -Smith, John Glover, Wallace Langham, Doug Hutchison, and others.

He is also involved in theatre and has worked in Artificial Fellow Traveler, the Cola wars, Kitchen debate at the Williamstown Theater Festival. Furthermore, he was a consulting producer for the television series Whitney from 2011 to 2012 and a co-executive producer for the TV series New Girl starting in 2016.

Actor, as well as comedian Ethan Sandler, has appeared on various tv series and movies and has ama s sed a decent amount of money from his career. As per the CelebrityNet Worth, he has an estimated net worth of $3 million.

In September 2016, Sandler and his wife Hahn put their Silver Lake, LA house for sale for $1.398 million. The house that stands on over 1,900 square feet featured two bedrooms, patterned wallpaper, vintage and modern fixture, and warm hardwood floors. Variety reported the couple sold their house in November that year for slightly more than $1.6 million.

Later in December 2016, the husband-and-wife together bought the 1920s Mediterranean style house in the Los Feliz neighborhood of Los Angeles for $2.55 million.

On the other side, his wife who is also involved in the entertainment industry has also ama s sed a decent amount of money from her professional life. As per the sources,  she has a net worth of $2 million.

Ethan Sandler is married to Kathryn Hahn. The couple tied the knot on January 3, 2002.  His wife Hahn is also an actress and a comedian as well who is famous for portraying the role of Lily Lebowski in the NBC crime drama series Crossing Jordan ( 2001-07).

Ethan Sandler and Kathryn Hahn met at the Northwestern University, Evanston as undergraduates.  The couple dated for a few years while Hahn was still studying at the Yale School of Drama & he was performing in the theaters. He proposed to her on the Thanksgiving day in 2000.

The couple welcomed their first child a son, named Leonard Sandler on October 2006, and on July 27, 2009, they welcomed their second child, a daughter, named Mae Sandler. He is living a happy married life with his wife Hahn and children in Los Angeles, California, U.S. as of 2018.

CAPTION: Ethan Sandler with his wife and children SOURCE: Growing your baby

Talking with Parade in October 2018, Hahn shared the reason behind keeping her kids under the radar where she said she lives a normal life and she doesn't use social media so often. Moreover, she said she wants to keep her personal life and professional life separate.

Till now there are no rumors of Sandler being in a relationship with anyone else and there is no sign of his divorce.

Sandler cousin Adam Sandler is also an American actor, comedian, screenwriter, and film producer.  He is best known for his roles in the movie Billy Madison, Happy Gilmore, The Waterboy, 50 First Dates, That's My Boy and among others.