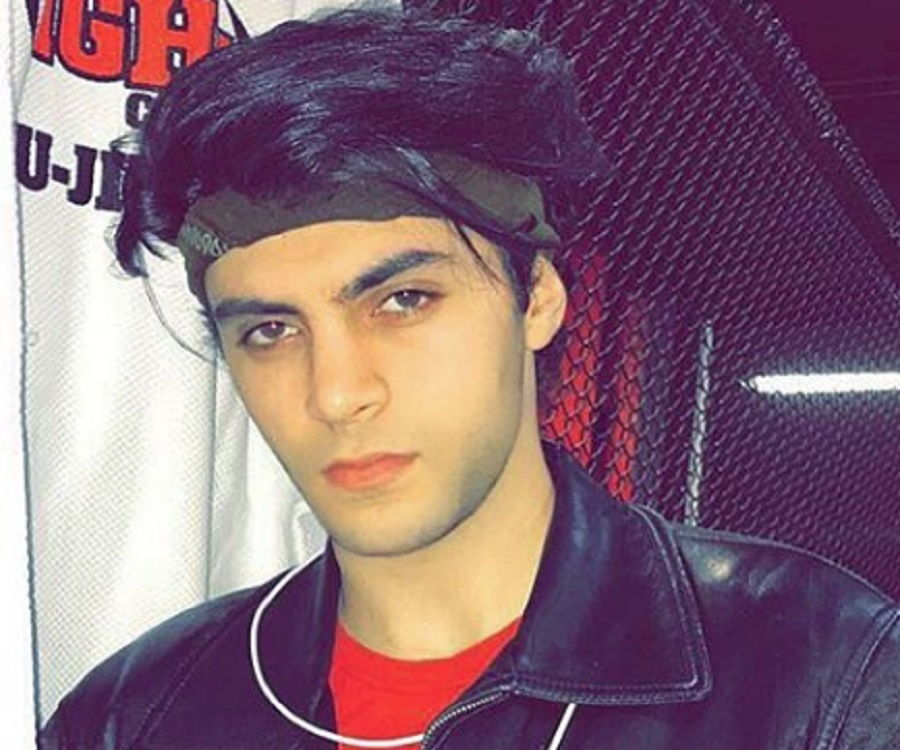 Ethan Bradberry is an American YouTube star and social media personality who is best known as one half of the duo MoeAndET. The channel has earned more than 2.2 million subscribers as of October 2018. The Bradberry brothers are two prankster or social experimenter brothers originally known as OckTV. Ethan is the malicious, demented, and psychotic older brother. He is known for his "SLAAAAAAAAAMING" and "I'M ETHAN BRADBERRY" meme quotes.

Ethan Bradberry was born on October 27, 1992, in Brooklyn, New York, under the birth sign Scorpio. He was born to Palestinian immigrants.

He grew up along with his four siblings, brothers, Moe and Omar as well as two younger sisters. He went to the Touro College in New York City for a degree in science.

Ethan Bradberry started running YouTube channel, MoeAndET along with his brother Moe since March of 2014. Their first video was Fighting Prank! - College Edition, which became a hit and has earned 1.3 million views to date.

We can date only if you bring me la donuts. I’m tired of nyc donuts

In November 2015, Ethan and Moe uploaded a video, ‘Would Your Child Know How To Escape A House Fire!? (Social Experiment) where the brothers and their crew tried to catch the reaction of people when their house caught on fire. The video received a million views on YouTube.

They often criticized for copying others content but they have continuously denied the controversy.  Their other popular videos are Pranks in the Hood, DONT JUDGE ME CHALLENGE IS STUPID, How to Traumatize Your Children PRANK, The Deleted Social Experiment, Another SLAMMING Bradberry Classic!, Why is Donald Trump so TRIGGERED? and so on.

In recent months, the duo has stopped uploading content on a regular basis as Ethan is more focused on his own self-titled YouTube channel.

YouTuber Ethan Bradberry has gained immense popularity from his YouTube channel MoeAndET along with his brother Moe, which has helped him to accumulate an estimated net worth of six figures.

As of 2018, the brother’s channel has more than 2.2 million subscribers, and their videos gain over millions of views on average. As per sources, he on an average earn $15.3K - $244.2K yearly from his YouTube channel.

Ethan Bradberry is currently building up his career and is not in any serious relationship. He has always maintained a low-key life and does not prefer sharing about a girlfriend or past affairs.

He is quite close to his family and often seen spending his time with his parents.

In his spare time, he enjoys riding bikes as well as a scooter and free running. He also loves to play music with his brothers.

The Bradberry brothers came to spotlight for their “hood-prank” videos in which they went to African-American and Latino low-income neighborhoods and approached people standing outside the housing projects.

In their first video, Fight Me Now in the Hood, they visited people's houses and confronted them by behaving strangely. In response, they were invariably beaten up by the group of the people. The brothers were highly criticized for their content and they were ordered to stop making those types of videos.

In May 2014, Ethan and Moe collaborate with the fellow prank channel, ModelPrankstersTV’s Coby Persin to shot the fake gang fights. Ethan was arrested and wasn't released until he proved the fight was fake.