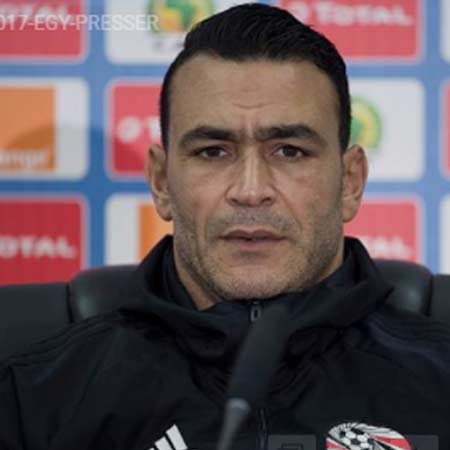 Essam El Hadary is one of the most capped as well as respected player of the Egyptian National team.  Referred as "High Dam" by his teammates due to his goalkeeping abilities he received the highest praise from Ivory Coast International Didier Drogba when he said El Hadary was the most difficult opponent he has ever faced. He spent most of his club career in Egypt and Saudi Arab. His only European experience was with FC Sion of Switzerland. With his National team, he won African cup of nations four times and was named goalkeeper of the tournament on three different occasions. In 2017 he along with Mohammed Salah were heroes for Egypt National team as they led the Pharaohs to World Cup 2018 Russia after 22 years of absence in the competition.

Essam El Hadary was born on 15 January 1973 in Damietta, Egypt to father Haj Kamal El Hadary and mother Fathia EL Behiry.  During the start of his career, El Hadary used to play for his home club Damietta FC. He joined the youth setup of Damietta FC when he was just eighteen years old.

During the 1993/94 season, he was promoted to senior side of Damietta where he stayed for almost three years.  Due to his amazing goalkeeping performances for Damietta, he was transferred to one of the most decorated clubs of Egypt, Al Ahly SC as a free transfer. In his time at Al Ahly SC he won four African Champions League title and eight Egyptian Leauge titles.

He spent almost 12 years of his career in the Cairo based club and then was transferred to  Swiss club FC Sion in February 2007 for a fee of $355 thousand.

Essam El Hadary's transfer to Switzerland brought the European limelight in his career. But he was prohibited to transfer by his club Al Ahly for which he was suspended and fined.  Due to the breaching of FIFA rules, he was fined $ 796,500. He won Swiss Cup in 2009 with FC Sion and then again returned back to his home country Egypt to play for Ismaily SC for a fee of $568,000. He played 14 matches and remained with Ismaily SC for one season.

After a short stint with Ismaily SC, he joined the arch rivals of his former club Al Ahly SC named Zamalek. He was signed for six months but had to serve four-month FIFA ban. He only played four matches for the club and then was transferred in January 2011 after disputes with Zamalek coach Hossam Hasan.

Due to his unsuccessful spells at Zamalek and Ismaily SC, he then transferred to Sudanese club El Merreikh.  He won the league title in 2011 with El Merreikh and followed by two cup titles in 2012 and 2013. During summer of 2011, he was a transfer speculation for a number of European clubs including Hull City but due to his contract with El Merreikh, he was not allowed to leave.

However, he was loaned to Egyptian side Ittihad Alexandria and then permanently transferred to another Egyptian club Wadi Degla in November 2013.  After repeating short spells with Wadi Degla he then joined his old club Ismaily FC and then again returned back to Wadi Degla. In 2017 he joined Saudi Arab's club Al- Taawon becoming first foreign goalkeeper to play in Saudi Arabian league.

Essam El Hadary is one of the most capped players of Egypt. He has played over 156 games for Egypt national team. He has won four African cups of nations with Egypt. In this process, he has won best goalkeeper of the tournament on three different occasions.  In January 2013 he announced his retirement but returned again to play a match against Bosnia and Herzegovina on 5th March 2014. On January 17, 2017, he played in African Cup which made him the oldest players to appear in the tournament.  On 1st February 2017, he saved twice in the penalty shootout in a match against Burkina Faso which Egypt won 4-3.

Essam El Hadary captained the Egyptian National team who qualified for World Cup 2018 after 22 years of absence in the competition.

Essam El-Hadary's Net Worth And Salary

Throughout his career, Essam El Hadary played in Egypt and the Middle East apart from a short stint with Switzerland club FC Sion. His current salary with Saudi Arab side Al Taawon is around $8200 per week.  Although he is forty-five his market value is still around $400 thousand.  His estimated net worth is about $700,000.

Referred as "High Dam" by many of his opponents and teammates the old Egyptian goalkeeper is married to Sabrine Rede.  He also has a daughter named Shadwa El Haadry who is also a football player.  She plays football at junior women team of Wadi Degla.  She is engaged to another Egyptian player Mahmoud Kharba who currently plays for Al-Ittihad.  The pair were engaged in May 2017.

Below is a video of some fantastic saves by Essam El Hadary.