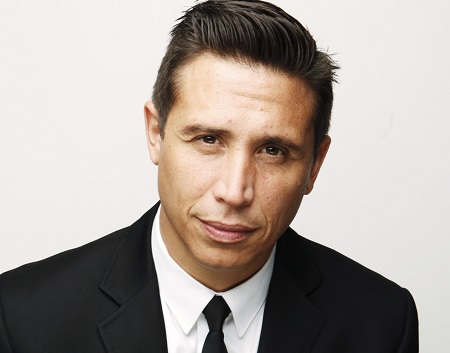 Erik Palladino is a famous American actor who started his professional acting career in 1994. Since then, he has appeared in many movies and television series like ER, Joan of Arcadia, NCIS: Los Angeles, Suits, among others.

Erik was born on 10th May 1968, in Yonkers, New York, the United States of America. He is 52 years old, as of 2020. His nationality is American, and he belongs to mixed ethnicity, i.e., Italian and Armenian.

Erik’s mother, Queenie, is a high school teacher, whereas her father, Peter, is a heating contractor. He grew up with his two older sibling brothers, Chris and Todd. His brother Chris was born in 1961, and Todd was born in 1963.

Erik started his professional career in 1994, but, came into the spotlight in 1996 after portraying the main role of Michael Nardini in television series, Love and Marriage. In the same year, he also appeared as Danny in Murphy Brown and as Seamus in the movie, Hollywood Boulevard.

Till the date, Erik has appeared in over twenty movies like Road Kill, U-571, Latter Days, Finder’s Fee, This Space Between Us, Mischief Night, The New Daughter, Hotel California, A Day in the Life, Buried, Answers to Nothing, Lower Learning, The Thirst, Return to House on Haunted Hill, and so on.

Besides the acting profession, he is also a singer of the rock band named Hearing Red. He is also the host of the television series, Hit Parader’s Heavy Metal Meltdown.

Who Is Erik’s Wife?

The 52 years old actor is a married man. He is married to wife Jamie Lee-Palladino. As per sources, they tied the knot in 2005, and since then, they are happily married.

As of 2020, they enjoy fifteen years long conjugal life without any issues of divorce or separation issues. Together, the duo has three children. 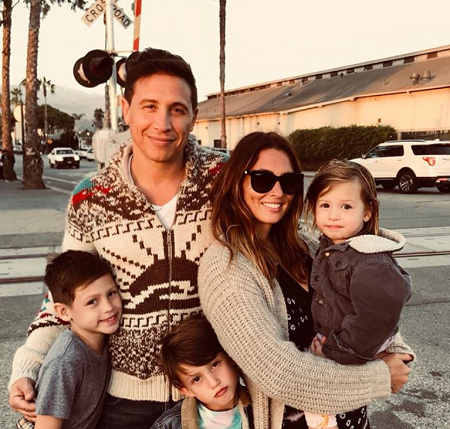 Now, the family of five resides in Brooklyn, New York.

Besides this, Erik was in a relationship with actress Sarah-Jane Potts. They dated from 1999 to 2001.

The actor has been working in the Hollywood industry for over two decades. As of 2020, Erik Palladino’s net worth is estimated to be around $5 million, whereas his salary is approximately $300 thousand per annum.

The actor enjoys a lavish lifestyle living in an expensive mansion.