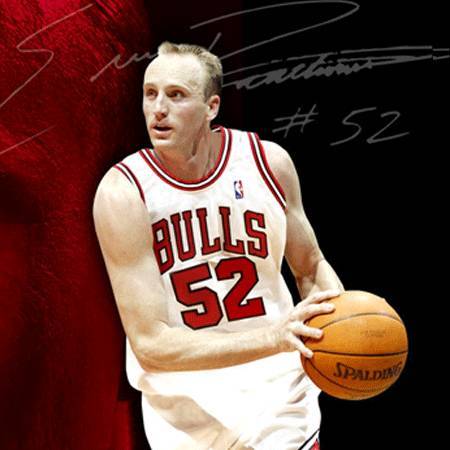 Eric Todd Piatkowski was born on 30th September 1970 in Steubenville, Ohio, United States of America where he spent all of his childhood days. Eric's father is a well known former basketball player, Walter Piatkowski who played for the NBA’s Denver Rockets.

Eric attended the Rapid City Stevens High School for his education and found passion in basketball. As a senior, Eric went on to lead his team to the 1989 South Dakota Class AA State Championship and also went on to become the All-state select and held the title of Mr. Basketball while there. Eric went on to play as a Shooting Guard/ Small forward for his college team. He played for University of Nebraska from 1990-1994 during which time he became a first team All big eight pick by the Associated Press. He went on to average a team high of 16.7 points per game during his junior year. Whereas in his senior year, Eric went on to average 21.5 points per game so was named to the All Big Eight team again. He led his team to the Big Eight Conference Tournament Championship game the following year. Eric finished his collegiate years with 1934 career points and was thus received a honorable mention in All-American by the Associated Press. His jersey number 52 retired later in 2006. Eric went on to be selected in the 1994 NBA pick by the Indiana Pacers. He was picked in the first round and became the 15th overall pick. Thus his pro career began in 1994 by playing with Los angeles Clippers till 2003. Then in 2003 he decided to play for Houston Rockets but left after a few seasons. Eric then went on to play for the Chicago Bulls on 8th September 2004. He played excellently with the bulls till 2006. Later on 13th July 2006 he joined Phoenix Suns agreeing a two year, 2.4 million dollar deal. Thus in 2008, Eric’s NBA career came to an end with total 5919 points averaging to 7.5 points per game, 1716 Rebounds averaging to 2.2 rebounds per game and 778 assists averaging to 1.0 assists per game. Later on, Eric went to become a colour analyst on Fox Sports Midwest for the Nebraska mens basketball team in the 2008-2009 season.

Eric married long time girlfriend Kristen and the couple have lovely children. Recently they sold their 4 bedroom , seven bathroom home in Paradise Valley for 1.3 million dollars. There have not been rumors about extramarital affairs or divorce. The couple seem very much faithful to each other.

Eric is currently 44 years old , weighs nearly 98 kgs and is 6 feet 7 inches tall. Eric received a Gold medal when he played for US in the Summer Universiade in 1993 Buffalo. As a respect to his basketball skills, Eric is also nbicknamed ‘Pike’ and ‘The Polish Rifle’ for his surname and his three point shooting ability. While with the Clippers,Eric was ranked number 3rd in the NBA that season.