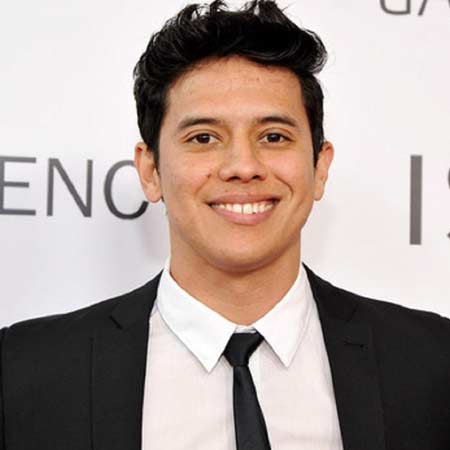 Eric Ochoa is a successful YouTube comedian who gained widespread popularity from his YouTube channel SUPEReeeGO which has gained more than 2.9 million subscribers. He mostly uploads comedic videos, skits, and short web series along with other fellow YouTubers. Ochoa gained further attention from his other popular series You Know You're Mexican If... He also runs two YouTube channels named amieeeGO and MyAltereeeGO. He is likewise notable for Cholo Adventures.

Eric Ochoa was born on January 27, 1986, in Paramount, California, United States. He holds American nationality. He was raised in his hometown California along with his siblings including brothers David Ochoa and Jeffrey Ochoa and a sister Cristiline Ochoa.

He graduated from Paramount High School. Following his graduation, he went on to study at Cerritos College. At that time, he also worked at California Pizza Kitchen.

Eric Ochoa is a YouTube comedian who rose to fame after he played the character eGO the Cholo in his Cholo Adventure Series SUPEReeeGO, uploaded on his YouTube channel. He has been receiving millions of views and huge popularity from his other web series 'You Know You're Mexican If..'

Ochoa has also two other YouTube channels named amieeeGO and  MyAltereeeGO. As of April 2018, he has more than 2.9 million subscribers on his SUPEReeeGO YouTube channel.

Besides, Ochoa also started a web series called Cholo Adventures from 2008-17. The most popular videos of this series were Cholo Adventures 30 - Browns Vs Blacks, How To Be A Player, Cholo Adventures 33 – Joy Ride, Just a Friend, and Today was a GOOD DAY to be a CHOLO. And each of the videos garnered millions of views and made the series one of the hits and most-watched series on YouTube.

As per the estimation made by various online sources, Eric Ochoa's net worth is believed to be more than $3 million. The primary source of his income is his social media career. One of his popular YouTube channels is SUPEReeeGO from which he makes $25.8K - $413.3K annually.

He also has two other YouTube channels named amieeeGO and MyAltereeeGO. Both these channels are a major part of his net worth.  He has also made several web series on YouTube.

The social media star Eric Ochoa is not married yet but he has been in a relationship with Instagram star and fellow YouTuber Veronica Rose for a long time. His girlfriend also occasionally featured on Ochoa's videos.

Ochoa posted a number of amazing pictures along with his girlfriend on his social media. The couple often was seen together in various places spending quality time.

In an interview, Eric talked about his successful Cholo Adventure Series.