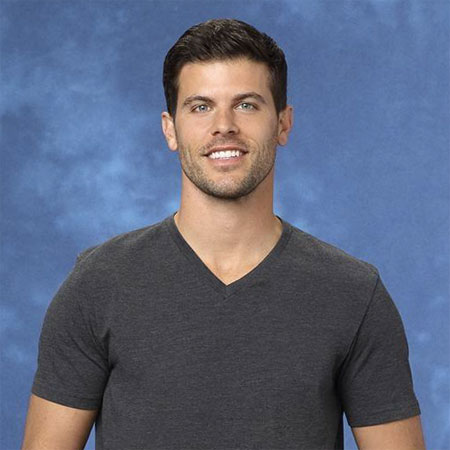 Handsome adventure lover, philanthropist, extreme sports enthusiast, Eric Hill was a contestant in the American competitive reality dating show, The Bachelorette, Season 10. It hasn’t been long since the cast and crew of The Bachelorette learned about Eric’s early demise. Devastated was Andi Dorfman and the few contestants left by the horrific news. Eric Jonathan hill started The Global Odyssey Project also known as Go with Eric, where he aimed to travel all 195 UN recognized country within a short span of time to set a Guinness Book record.

Born and raised in Citrus Heights, California suburbia, Eric Jonathan Hill was much into books and was intelligent and bright in studies. Eric graduated high school in 2000 and attended Brigham Young University where he graduated with a degree in Human Biology and a minor in Business Management.

Eric was ready and prepared to join a dental school but growing up with a family of five brothers and sisters all interested in exploration he too let his pa s sion and destiny take him elsewhere. Eric was very much interested in traveling around the world and loved seeking adventure.

Eric wanted to fully grasp the culture in each country even as a child. Eric was a Regional Sales Manager in Southern, CA from 2003 to 2006. Later Eric became the Sales Manager at Vivint from 2008 to 2010.

Later, Eric decided to embark on the journey to travel the world which got serious on 18 February 2013 in North Korea when he took up Go with Eric: The Global Odyssey Project, where he aimed to travel to all the 195 UN recognized countries and Taiwan in the time span of 1200 days and to “find awesome” in each of those countries. Prior to this Eric had already traveled around 70 UN recognized places.

Eric took time off from all the traveling and was seen in the spin-off American competitive reality dating show, The Bachelorette 2014, Season 10, trying his best to win the heart of the Bachelorette, Andi Dorfman.

Eric got the first one-on-one date with Andi and was doing great but sadly he couldn’t make it to the finals. On Episode 4 of the Season, Eric and Andi had a heated argument where Eric called Andi a “television actress” and thus Andi showed him the way towards the door.

On the July 7th episode of The Bachelorette, host Chris Harrison revealed the tragic news of the death of fellow contestant Eric Hill, which caused much commotion. It was just 24 hours before the rose ceremony that the news was revealed to the four contestants; Josh Murray, Nick Viall, Chris Soules, and Marcus Grodd along with Andi Dorfman.

All of them were speechless and Andi and Marcus both went outside to shed a few tears before they joined the camera crew. Andi cried bitterly and admitted that she regretted her final conversation with Eric. Many viewers found it unsettling as to how far ABC had gone to put the footage of the emotional moment on air.

Many along with few of the cast members agreed that the camera shouldn’t have been rolling at the time the news was told. Anyway, the tragic news left Andi depressed and sources exposed that Andi sends over many sympathetic letters to the emotionally drenched family of Eric Hill.

It was on April 20th, 2014 that Eric was hospitalized in a critical condition due to a paragliding accident. Karen, Eric’s heartbroken sister used Facebook to notify to the viewers that his brother was in the coma and she asked people for their prayers.

The Unified Fire Authority Battalion chief, Brian Anderton told KUTV that although Eric Hill had all the safety gears in the correct order and that Eric was well trained in paragliding, his canopy collapsed about 15 to 20 feet from the Utah mountainside and that the velocity of the fall caused the trauma. Eric was unconscious but was still breathing.

Eric’s injuries were very grave. Unfortunately the next day the world received the depressing news about Eric Hill’s demise through her sister Karen Tracy. Many of the Go with Eric viewers were shaken and sad and gave their sympathetic comments on his websites and other sites.

It is certain that the World traveler and adventure lover, Eric Jonathan Hill, who entertained his viewers by presenting them with a s sorted places and cultures, will be missed.