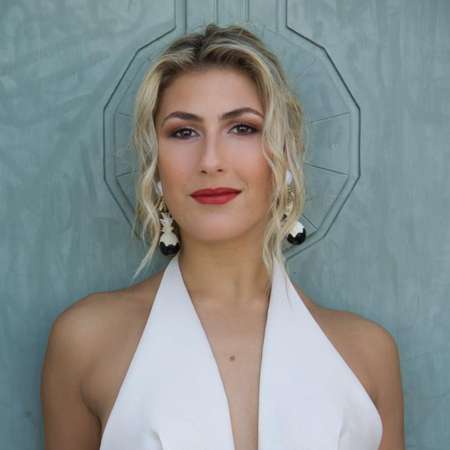 An English professional dancer and choreographer, Emma Louise Slater, is best known for her appearances in the reality dance competition show Dancing with the stars where she has competed in five consecutive seasons. Grew up in Tamworth, England, she has the British nationality and belongs to white ethnicity. She has a twin sister named Kelly. There is no information on her parents but they must have been the proud parents seeing their daughter’s popularity and talent.

She has been fascinated on dancing since she was little. At the age of four, she studies ballet at Novelli Stage School and joined in the local stage schools taking part in numerous productions. When she was 10, she started her training in the Ballroom and Latin American dance. When she was 15, she appeared in the George Michael music video which was shot at Rivoli Ballroom in London, that featured George’s life.

When she was 16, she starred in the “Simply Ballroom” stage show as Principal Latin Dancer which has toured in UK, UAE, and South Africa. While she still was with the stage show, she managed to compete in 2005 British Under 21 Latin American Championship at Blackpool and 2006 UK under 21 Latin American Championship at Bournemouth, which she won letting her ranked world top 20 under 21 Latin dancer and representing England at all levels.

She has also appeared in the Hollywood movie Mamma Mia! as Amanda Seyfried. She is active in Dancing with the stars reality dance show since the season 17. She has an amazingly glorious dancing career at the age of 27 and a long journey more to go. She has choreographed Usher in 2012 Billboard American Music Awards as well.

Moving on to her personal life, 27-year-old Latin dancer, Emma is dating her boyfriend Sasha Farber. They met on the set of Dancing with the Stars and began to date from 2011. However, they split in 2014 but they are together again since 2015 December which has been made public by Farber by posting about the news on his Instagram account. They are happy together and seen very often together.

There are chances of them getting married soon as they are so in love with each other. They have no any child yet or any news to have any time soon. Besides being in relation with him, there is no any known past affairs or boyfriends of her known so far. It seems Sasha is her one and only. And the couple seems to be very supportive and understanding to each other as they share the same profession and have been the mentor and guide to each other in the career line.

Emma is a gorgeous lady with beautiful figure and personality. She stands the height of 5 feet and 5 inches with accompanying slim body postures. She loves dancing and keeps practicing the steps which as exercise has helped her to keep fit and balanced. As the English representative to Latin dance, she has a very high net worth and earns a very handsome salary.