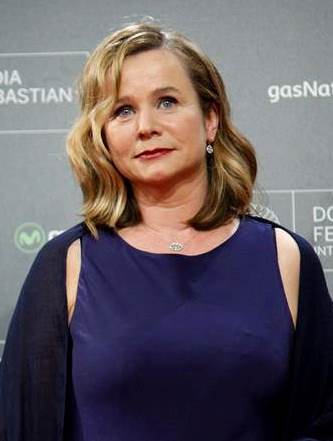 Emily Watson was born on January 14, 1967, in Islington, London, England to Richard Watson, an architect, and Katharine Watson, an English teacher.

Watson, who was born under the sign of Capricorn, is 54 years old as of 2021.  Watson grew up with her sister Harriet Watson.

When it comes to her education, Watson attended St James Independent Schools. She then went to the University of Bristol and received a BA in 1988 in English. She also received training at the Drama Studio in London. Later, Emily received an honorary MA from Bristol University in 2003.

What Is Emily Watson Known For?

Emily Watson started her acting career on the stage. "Children's Hour" at the Royal National Theatre, "Three Sisters," "Much Ado About Nothing," and "The Lady from the Sea" are among her stage credits.

The actress has also appeared in "A Jovial Crew," "The Taming of the Shrew," "All's Well That Ends Well," and "The Changeling" with the Royal Shakespeare Company.

She took a break from acting in 2002 to perform two roles in Sam Mendes' repertory productions of "Uncle Vanya" and "Twelfth Night." She also appeared in Tim Robbins' film Cradle Will Rock, which tells the story of a 1930s theatre show. 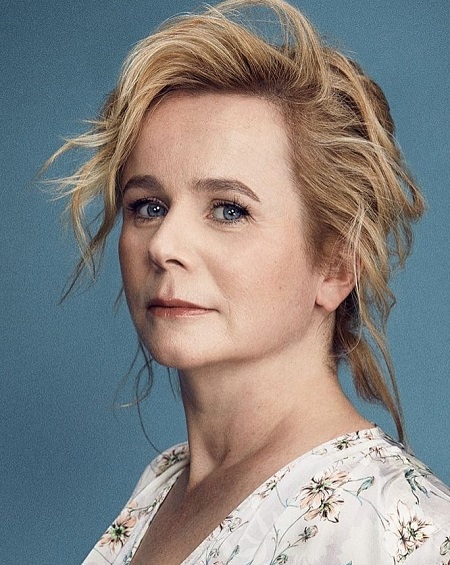 CAPTION: English actress Emily Watson is best known for her role as Bess McNeil in Breaking the Waves for which she earned an Oscar nomination in 1996 SOURCE: Binged

In 2001, Emily Watson co-starred in "The Luzhin Defence" with John Turturro and Robert Altman's ensemble piece "Gosford Park." In 2006, Watson also starred in "Miss Potter," a biographical film about children's author Beatrix Potter directed by Chris Noonan and starring Ewan McGregor and Renne Zellweger as in an adaptation of Thea Beckman's children's novel "Crusade in Jeans."

In 2010, she appeared in Jim Loach's film "Oranges and Sunshine," which told the true story of children sent to abusive care homes in Australia. Steven Spielberg's adaptation of Michael Morpurgo's prize-winning novel "War Horse" (2011). She portrayed Janet Leach in the two-part ITV film "Appropriate Adult," about serial killer Fred West, for which she won BAFTA

Emily starred in "Testament of Youth" alongside Alicia Vikander and Kit Harington in 2015, as well as Eduardo Verástegui's in "Little Boy" and "A Royal Night Out," in which she played Queen Elizabeth The Queen Mother. In the 2019 miniseries Chernobyl, she played a nuclear scientist based on many actual scientists.

How Rich Is Emily Watson?

Emily Watson is reported to have a net worth of around $10 million, which she has gained over her professional career. Her acting career has led to her rise to fame and fortune.

Emily Watson is married to Jack Waters, who is an actor. In 1995, the lovebirds married in London, England. Furthermore, they invited most of their co-stars and close relatives to the wedding ceremony, which took place at Old Luxters Barn Waters.

The duo is blessed with two children. The couple revealed on Twitter at the beginning of 2005 that they would be welcoming a beautiful daughter into their lives. In November 2005, Watson gave birth to their first child, Juliet Waters. 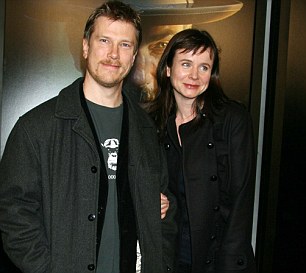 CAPTION: Emily Watson and her husband Jack Waters got married in 1995 and the couple has two children SOURCE: Daily Mail

In 2009, the couple revealed that a new family member would be joining shortly. Dylan Waters, their second child, was born on Christmas Eve in 2009, and they welcomed him as a son.