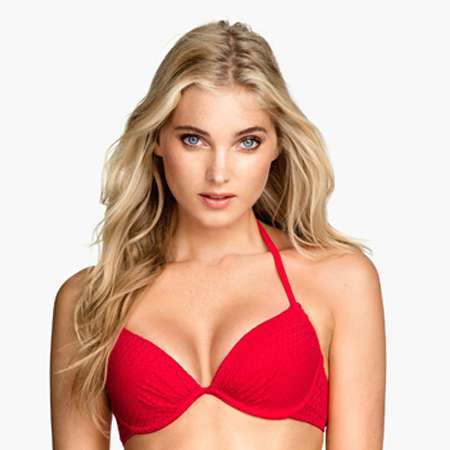 Elsa Hosk is a popular Swedish model and current Victoria’s Secret Angel and has also worked with several leading brands including Free People, Dior, H&M, Dolce & Gabbana , Guess, and Lilly Pulitzer. This beautiful model was born on 7th November 1988 and was raised in Sweden. She is the daughter of Finnish mother Marja and Swedish father Pal. She has two siblings and her cousin Alice Herbst is also a model.

The model began modeling at 14 as she was presented with offers to model while she was in high school after her dad submitted photos to various agencies in Sweden. At that time she decided to give her prime attention towards her studies.  After her graduation, she started her career in the Swedish women’s basketball league. Later on, she abandoned basketball for modeling and even said that the interest rigor of practices for basketball has helped her to prepare travel and physical demands of the modeling world.

After playing basketball for two years, she began modeling full-time and for that, she moved to New York City. It is said that her work with Victoria’s Secret was the reason which brought her into the top tier fashion world. However, Hosk also identifies her work in campaigns for Guess with photographer Ellen von Unwerth. She has also appeared in several brand’s campaigns, especially for the sub-division Pink.

In the year 2015, she was announced as one of 10 new Victoria’s Secret Angels and also was ranked 15th on the Top Sexiest Models list by models.com. Heading towards her personal life, she hasn’t revealed much information related to her personal relationships. However, in 2008 Elsa was dating Andreas Kleerup but it lasted only for four years. After that, there were rumors of her dating AJ Dipersiaand but both of them denied their relationship. Her current relationship status is unclear there is no information of her having any boyfriend or not.

The Dior model comes under those types of celebrities who don’t prefer her personal affair and relation to coming out in front of the world. She has always kept her personal life a mystery to the world. Hosk has even worked with FAIR Girls who is an anti-human-trafficking organization. She became interested in the issue after watching the movie The Whistleblower. She was so influenced by the movie that Elsa decided to support the organization

Elsa is a hardworking, passionate and beautiful model. She is undoubtedly one of the best-looking models of victoria’s secret. Currently, she has estimated net worth of $1.5 million dollars and also gets handsome amount of salary through her endorsement, ad campaign, photo shoot and so on. For more details about victoria's secret model Elsa Hosk, information is available in her bio and also in the wiki. Furthermore, she can also follow on her Instagram account.