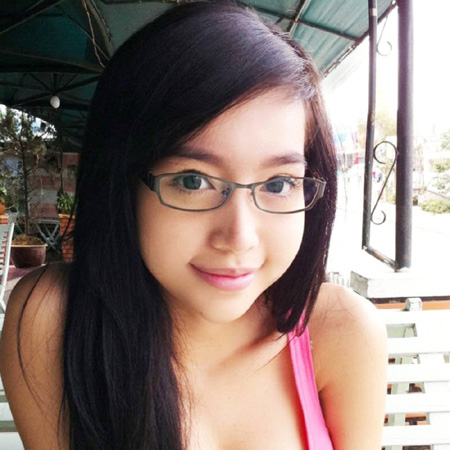 Elly Tran is a Vietnamese model as well as an actress, known for her bold photos on social sites. She appeared in few movies including Ghost at School, Saigon Electric and That Sound Good.

Tran is married to her Vietnamese boyfriend whose name has not been disclosed yet. She has two children with her husband.

Elly Tran was born as Elly Kim Hong on 6th August 1987 in Vietnam. Ethnicity wise, she is a south-east Asian and holds an American and Vietnam nationality.

Tran began her career as a model and became famous through social media including Instagram. Her beautiful face & perfect body attracted her fan following on Instagram. She has more than 197k followers on her Instagram.

Besides, Tran has played in the romantic comedy movie, That’s Sound Good, in 2010. Later, she made her appearance in the Vietnamese hip hop movie, Saigon Electricity along with Ha Hien, Van Trang, Viet Max, Khuong Ngoc, Quynh Hoa. The film was directed by Stephane Gauger, in 2011.

The same year, Tran appeared in the movie, Ghost at School. Now, she is a model for online photo studios, teen sites as well as magazines.

In 2012, Tran went to Indonesia to promote the launch of online game RAN Return. During the time, she faced several controversies regarding her bold figure.

Moreover, Tran has won a Golden Kite Awards for best TV actress of 2012.

Elly Tran is a married woman and has two children with her husband. She has posted her several wedding photos in Instagram. However, her husband’s name is still a mystery.

The couple became parents of their two children before getting married. She often shares pictures of her kids on her Instagram wearing matching outfits with her children.

Elly Tran is one of the famous social media personality and model as well. She earned immense popularity in a short period. Her lavish lifestyle suggests Tran, probably has a net worth not less than six figures.