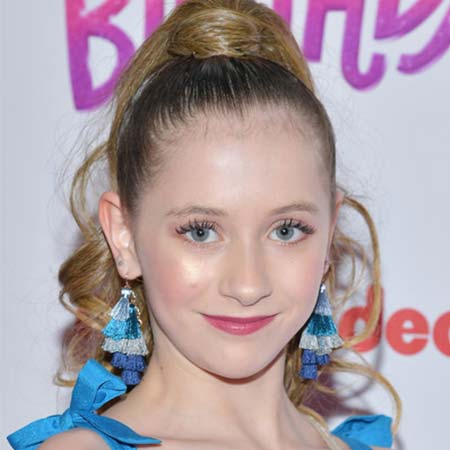 Elliana Walmsley is a young dancer who is famous as the member of the Abby Lee Dance Company in the mini team. She has competed on the Dancing with the Stars: Juniors and also appeared in the sixth season of  Dance Moms. Before her fame, she was crowned Miss Petite Dance America.

Elliana Walmsley was born on June 23, 2007, in Boulder, Colorado, the United States to Yolanda Walmsley (mother) and  Kevin Walmsley (father). She is of America nationality and belongs to white ethnicity.

Currently, she resides in Los Angeles, California, the United States along with her parents and siblings: two brothers Luke and Jakeob Walmsley.

Regarding her education, she joined Mesa Elementary School and also went to Joffrey Ballet School.

Elliana Walmsley started learning dancing when she was just eighteen months old with her first cla s s being ballet. She made her first appearance in the television in April 2016 in Mini Madness episode of the reality television show, Dance Moms where she featured as the member of The Abby Lee Dance Company mini team.

Previously she was also involved in the cheerleading team for Cheer Central Suns. In 2017, she was selected in  Broadway musical Dance Divas Nutcracker as a lead cast.

Apart from dancing, she also can be seen as the main character in web series The Brooke & Elliana Show which she has created along with Brooke Butler.

The young and talented artist, Elliana Walmsley's net worth is reported to be around $600 thousand. The average salary of a dancer is $34,219 per year so she also might be receiving her salary in the same range.

Besides being a dancer, Elliana is also earning a high figure of salary appearing in advertisements, endorsements, and public appearances.

Elliana Walmsley is very young to have been involved in any kind of romantic relationship. These days she is becoming very popular in her social media platform, Instagram where she has more than 812k followers. She posts several dance videos and pictures on her Instagram and other socials.

Elliana regularly uploads videos from her professional career, but rarely shares glimpses from her personal life. She is neither reported to be dating anyone nor spotted spending cozy moments with anyone.