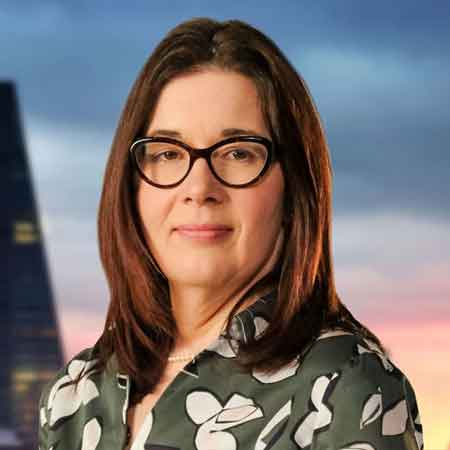 British TV personality, Elizabeth McKenna is popularly known for her appearance in the BBC's reality show, The Apprentice UK as a constant in 2017. But unfortunately, she was fired just before the finale. She also owns a chain of floral shops.

Elizabeth McKenna was born on 29th September 1977 in Sidney. McKenna is Libra which defines her personality to be kind and beauty lover. She is British by nationality and belongs to Caucasian ethnicity/race. She also has an Australian nationality.

She experienced a bad childhood. She explained,

''My dad was a very difficult person. I was brought up in Australia but we left because of him. I was 13. We were essentially refugees. But, I won't ever use that as a crutch.''

As per her, she gained all the strength from her mother who is really proud of her work.

Elizabeth McKenna's Career And Net Worth

Elizabeth McKenna is popularly known as the contestant of BBC's reality game show, The Apprentice crested by Mark Burnett. Generally, the show is about a group of aspiring businesspeople competing over one another in a series of business-related challenges.

CAPTION: Elizabeth McKenna in an episode of The Apprentice UK. SOURCE: Daily Star

Each series of the program focuses on finding a new appreciative for billionaire business mogul, Lord Alan Sugar who worth £1.4 billion ($1.63 billion). Moreover, McKenna worked hard to impress Lord Sugar in the series but was fired just before the finals. The reason behind is still a mystery.

From farmers field to flower shop to you @lizziesbundles doesn’t get fresher. Coming to the end of the natural British outdoor growing season, loved #Britishflowers this year.

Prior to appearing on the show, she used to work on her own chain of floral shops.

McKenna has an estimated net worth of not less than $1 million, however, the amount is still under review. She definitely earns a good amount from the reality series, The Apprentice. She also earns from her chain of floral shops.

Elizabeth McKenna is confidential when it comes to her personal life and relationships, she prefers to hide her love life far from the limelight and media. With the limited information, she has shared about her personal life, we can assume that she is single in the present days.

McKenna addressed herself as a ''slightly bonkers country girl'' who loves dogs and horses. Moreover, she has two Australian cattle dogs named, Daisy and Matilda.

Besides, she is a practical person who thinks that she is good at making snap decisions. She said:

''My big feet are good for two things; getting me into trouble as they’re as big as my mouth and I constantly get them stuck in it, but... they also kick butt.''

Check out the interview with Elizabeth McKenna: