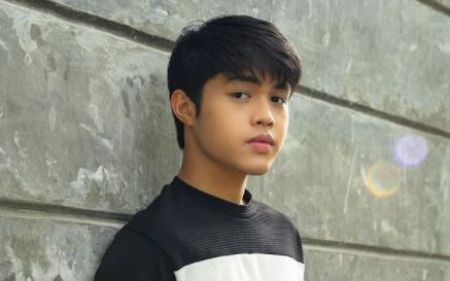 Elijah Canlas is a  Filipino theater and movie actor best known as Renz in Edward and Martin in He Who Is Without Sin. Besides that, he is also a commercial model.

When & Where Was Elijah Canlas Born?

Elijah Canlas' full name is Elijah Luiz Madiclum Canlas. He was born on August 16, 2000, in Manila, the Philippines under the zodiac sign Leo.

Currently, he is 20 years old and his height is 5 feet 9-inch or 175cm tall. The Filipino citizenship holder belongs to the Asian ethnicity.

Canlas went to MINT College and Philippine High School For The Arts. As of now, he attended the University of the Philippines Manila and studying for a Bachelor of Arts.

How Did Elijah Canlas Start His Professional Journey?

At the age of 14, Elijah made his debut in the film industry with the movie Sundalong Kanin. Eventually, he appeared in Tony, Sakaling hindi makarating, Gasping for Air, and Past, Present, Perfect?

In the year 2019, Canlas earned the main role in the movie Kalel, 15. In Jun Lana's directed and written film, his portrayal helped him in grabbing the limelight. 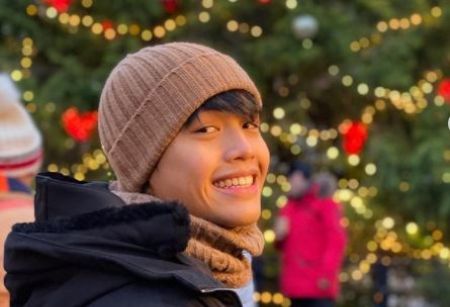 Furthermore, his other notable acting credits are Edward, LSS, The Woman and the Gun, New Queer Visions: Seeing Is Believing, Almost Paradise, Gameboys, How to Die Young in Manila, and Pearl Next Door.

Currently, the 20-year-old played the role of Martin in the movie He Who Is Without Sin (2020) alongside Enzo Pineda, Pearl Lagman, and Migs Campanilla. This year, he would appear as Cairo Lazaro in his post-production credit Gameboys the Movie.

What Is The Net Worth Of Elijah Canlas In 2021?

The Filipino actor has been professional since 2014. To date, he has a total of 18 movies and series under his name as of IMDb.

Though his exact fortune is under review, Kalel, 15 star Elijah Canlas is believed to have an estimated net worth of $400,000 as of June 2021. He earns his riches via movies, TV shows, commercials, and sponsorship.

According to the Influencer Marketing Hub, his Instagram makes around $326.25 to $543.75 per promotional post with an engagement rate of 12.46%.

As of 2021, Elijah's relationship status seems single. He has neither officially revealed about his partner nor he has talked about his girlfriend with the media.

Talking about his personal life, Canlas is the second child of his parents. As per reports, his mom is a theater actress. However, the identity of his father and mother is yet missing. Likewise, he has an older brother, Jerom, and a younger brother JM in his family. Both his siblings are actors by profession.