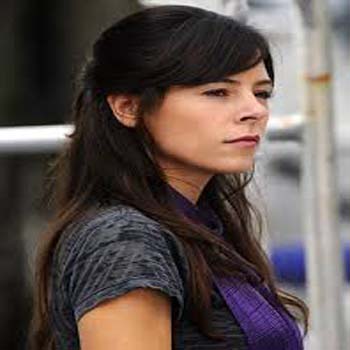 Elaine Cassidy is an Irish actress. She is best known for playing the lead role as Abby Mills in the American CBS TV series named Harper's Island. She has been nominated for several awards in her career.

Elaine Cassidy was born on 31 December 1979 in Kilcoole, County Wicklow, Ireland. She is an Irish by nationality belonging to the White ethnicity.

Cassidy has two older sisters. Her family Kicoole, County Wicklow, when she was three years old.

Cassidy can speak Irish, English, Spanish, and German. Her first role was as the title character in a school production of Pinocchio when she was five. There is no official record about her school or college life.

Elaine worked as a Data Entry Clerk for Global Tele systems Group in Ireland before landing her role as Felicia in Felicia's Journey (1999). She also worked as a waitress for two months at a Cork bistro to get her accent right to play Runt in Disco Pigs (2001).

In 1996, Cassidy was nominated for the Most Promising Actress at the Geneva Film Festival for her role in The Sun, the Moon, and the Stars. She played the starring role in Felicia's Journey with Bob Hoskins, for which she was nominated "Best Actress" at the 20th Genie Awards.

Cassidy was also nominated for an IFTA in 2005 for "Best Actress in a Lead Role in Television" for her role as "Maud Lilly" in the BBC BAFTA-nominated drama Finger Smith.

In 2007, Cassidy was nominated for "Best Actress in a Supporting Role in Film" for her role as Sandra in And When Did You Last See Your Father? alongside Jim Broadbent and Colin Firth.

In 2009, Cassidy was nominated for "Best Actress in a Lead Role in Television" for her role as Annie Mulcahy in Little White Lie.

Cassidy is also a stage actress, appearing in The Lieutenant of Inishmore (2002) and The Crucible (2006) with the Royal Shakespeare Company and in There Came A Gypsy Riding at the Almeida Theatre in 2007. She appeared in the music video for Coldplay's "The Scientist".

Cassidy also plays Maureen in the one-off ITV drama special of the book Just Henry, which was made to film in August 2011 and screen on ITV on 18 December 2011.

Cassidy is married to actor Stephen Lord, whom she met on the set of The Truth. They live in Greenwich, London, with their daughter Kila, born on 16 September 2009.

The couple welcomed their second child, a son named Lynott Lord Cassidy on 23 January 2013. They are maintaining the good relationship and there is no sign of divorce.