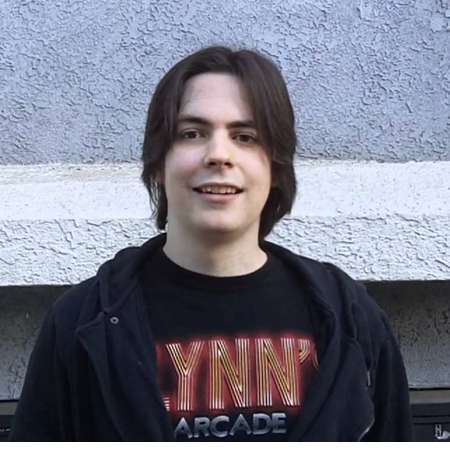 Arin Joseph Hanson is better known by his internet pseudonym Egoraptor and is an animator, voice actor, cartoonist, rapper and an Internet sensation known for his webseries. He was born on the 6th of January, 1987 to father Lloyd Hanson who is himself is musician and the founder of the website OldFartsWithGuitars.com and mother Maurette Hanson who runs the Healing House Therapy Center.

Egoraptor has made his career in the fields of gaming, animation, voice acting and rapping. He was born in West Palm Beach, Florida and was raised there. For schooling, he was enrolled in the Wellington High School. He however, did not complete his studies and dropped out in the junior year of high school. He started to pursue a writing career but failed in the attempt. To pursue a career in voice acting, he moved to South Florida. Later, he started in animated webseries named The Awesome Series.

The Awesome Series includes parodies of various franchises of the video game fraternity. He has parodied several animations like Metal Gear, Pokemon, Final Fantasy and Ninja Gaiden. The series aired on Newgrounds. Hanson has also been involved in participating in sketch comedy as well. He also has collaborated with several other animation artists like Rodrigo Huerta, Chris O’Neil and Ross O’ Donovan for several animation endeavors. He is also the co-star of the webseries Game Grumps which is very popular on YouTube. It is a Let’s Play webseries. Hansen has also parodied and rapped on the video game parody band named Starbomb. He has also done the same for his video game review series named Sequelitis.

Egoraptor’s personal life is not much hidden from the media and from his fans. His spouse is Suzy Berhow. The date when they got married is not available but it is known that the couple resides together in Glendale, California. His girlfriend turned wife animates with him and is the co-host of the Game Grumps segment called the Steam Train. She has also hosted two webseries Hunting Monsters and Table Flip. Apart from his wife, Egoraptor has not been assumed to be in an affair with anybody else. He is devoted towards his beautiful life. They have not had any children yet but are sure to have so some time soon. There have not been issued regarding their inter-marital problems and divorce. Egoraptor has never been assumed to be a gay or a bi-sexual yet.

Arin Hansen, known better has Egoraptor, has become successful in the fields of animation and rapping according to his bio. His YouTube channel and all of his webseries are very much talked about and seen widely by the audience. It can hence be said that he must surely earn a huge amount of money through his endeavors. But the exact amount of his net worth and salary are yet unavailable. He has a height of 6 feet and 2 inches and an appealing demeanor.