British-born Nigerian Efan Ekoku is a former soccer player turned soccer analyst. During his career as a striker, Ekoku played for Sutton United, Bournemouth, Norwich City, Wimbledon, Sheffield Wednesday, and Dublin City, among others, and represented Nigeria at the 1994 FIFA World Cup. Since retiring from competing on the field, Ekoku has been a soccer coach and TV analyst for ESPN.

How Old is Efan Ekoku? What is his Height?

Efan Ekoku was born Efangwu Goziem Ekoku in Cheetham Hill, Manchester, England to Nigerian parents. Born on June 8, 1967, Ekoku is 53 years old as of August 2020 and is billed as standing at 6 feet 1 inch (1.88 meters).

Brother of Abi and Nko Ekoku

Efan Ekoku counts, among his siblings, older brother Abi Ekoku (born on June 8, 1967) -- who is a former Discus and Shot Put athlete and a former rugby player. His other brother, Nko Ekoku is a former soccer player who played for Sutton United, Harrow Borough, and Worthing FC.

Efan Ekoku went pro in 1989 and began his youth career with the Sutton United football club. After a season with Sutton United, Ekoku joined Bournemouth in 1990 and spent three seasons with them. 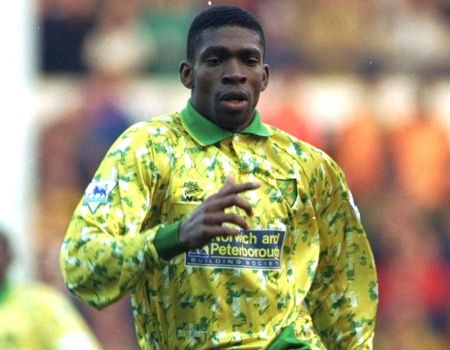 He left Norwich City at the end of the season to join Wimbledon Football Club in October 1994 for a reported £1 million ($1.3 million). He had another strong showing during his five years, scoring a total of 37 goals.

Ekoku moved to Switzerland in 1999 and joined the Zurich-based Gra s shoppers club for approximately £500,000 ($650,000). He moved back to England in 2001 and joined Sheffield Wednesday, playing for the club for two years. After one season with the Brentford Football Club, Ekoku ended his career with Dublin City in 2004.

After retiring from active competition, Efan Ekoku began his broadcasting career. He currently works as an English-language commentator on the international broadcasts of the Barclays Premier League. 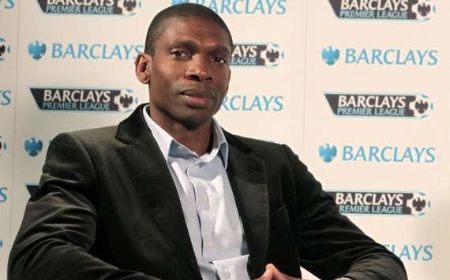 He is also a soccer analyst at ESPN and was the lead analyst on the ESPN coverage of the 2010 FIFA World Cup South Africa as well as the 2014 FIFA World Cup Brazil.