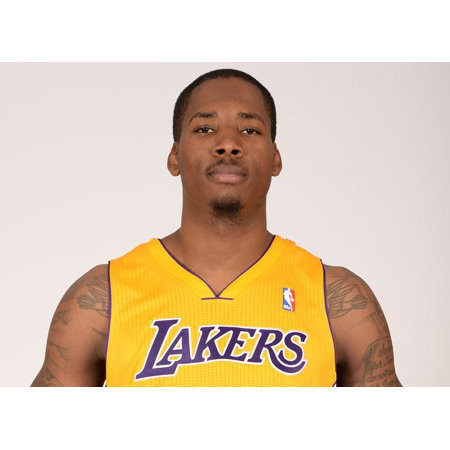 Edward Adam Davis was born on 5th of June 1989 in Washington D.C.

He pursued his education in the Hanover High School in Mechanicsville, Virginia and then got transferred to the Benedictine High school in Richmond, Virginia. He then attended the North Carolina College. Being the son of former basketball player, he was inspired from a very small age to pursuing his career in basketball. His childhood comprised of playing high school basketball in both of his schools. For Benedictine, he averaged 22 points, 14 rebounds and 7 blocks in his senior year and led the team to two state championships. Ed played also in the McDonald’s All-American Game and also got selected to the Jordan Brand All-American team in his school years. On 2007, he was named the co-player of the year and in 2008 Mr. Basketball for Virginia. In the same year, he got listed into the No.4 power forward as well as the No.15 player of the nation.

Davis then got recruited to the Tar Heels and averaged 6.7 points and 7.0 rebounds in the 2008-09 season. He had a role in leading the team with 65 blocks by averaging 1.7 points per game. In the 2009 NCAA Basketball Tournament, he averaged a total of 8.2 points and 5.5 rebounds for North Carolina. In the championship game he scored 11 points and 8 rebounds thus helping the Tar Heels to win over the Michigan State. For his performance that year he was named into the 2009 All-Freshman Team and also co-received the team’s Most Improved Player Award. Despite anoouncing that he would return to North Carolina instead of declaring for the NBA Draft, he suffered a wrist injury in February 2010 thus ending his season. For the 2009-10 season, on a total of 23 games, he averaged 13.4 points as well as 9.6 rebounds.

Davis declared for the NBA draft on 2010, April and was signed with agent Rob Pelinka which started his professional career. He was selected as the 13th overall pick by the Toronto Raptors in the 2010 NBA Draft where he signed into on July 6, 2010. Just after a month he got signed into Erie BayHawks and was called back into the Raptors again on November 29, 2010. Davis’s NBA debut was against the Washington Wizards on December 1, 2010 where he averaged 11 points, 2 kicks and 6 rebounds. His career’s highest 22 points was against New York Knicks on April 5, 2011.

Ed Davis was traded to Memphis Grizzlies on January 30, 2013. On June 30, 2014 however, upon the declination of the opportunity to provide a qualifying offer to Davis, he become an unrestricted free agent. Davis then signed into the Los Angeles Lakers on July 23, 2014 and has been playing there since then.

Ed Davis is the son of legendary basketball player Terry Davis and Angela Jones. There are no news about him being married, divorced or having children. Rumors that surround him are only related to his professional field and as of lately it was rumored that he is going to be transferred out of Lakers.

Ed has a perfect basketball player body with a height of 6 feet 10 inches and a weight of 109 kg. his overall salary is estimated to be 1.9 million dollars a year and his market value and net worth is a whooping 11 million dollars. Ed is in the peak time of his career with a satisfactory performance and will sure be creating a mark in the basketball fraternity like his father did.