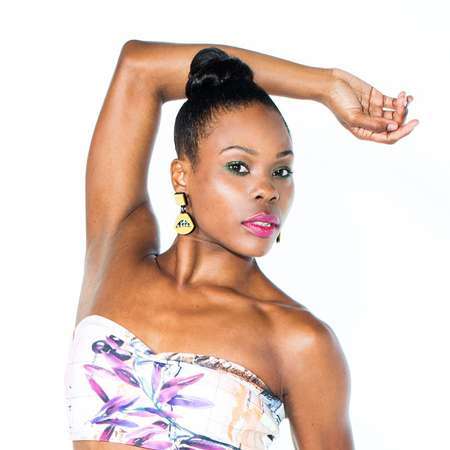 Ebony Williams, notable for her role in the movie Adjustment Bureau, is a very talented trained ballet dancer. She has also been a part of  Cedar Lake Contemporary Ballet.

Ebony Williams was trained with the Boston Ballet since she was eight.  As her family could not afford dance lessons, she used to learn basic jazz and ballet from her neighbor. When Ebony was in third grade, she was accepted into Boston Ballet’s Citydance, which was a scholarship ballet program for inner-city children. Since then, she started taking serious dancing lessons.

Ebony Williams went to the Roxbury Center for the Performing Arts classes. She completed her bachelor's degree in Fine Arts from the Boston Conservatory, in May 2005.

In Late 2005, after two auditions, Ebony Williams was offered a contract with the elite company,  as her classical-with-an-edge style made her a great fit for CedarLake.

Ebony Williams has been a dancer for Cedar Lake Contemporary Ballet for over a decade. The company has risen to the top in the eyes of the dance world, for eight seasons. Ebony, along with her company, was featured in the movie ‘Adjustment Bureau’ in 2009. Similarly, being a versatile dancer has also given her opportunities to work in a commercial world, alongside Ciara, Fergie, Rihanna, and Beyonce.

Ebony Williams has also appeared on television shows such as 'America’s got talent', '30 Rock', and 'SNL'. Likewise, she has also been on the covers of 'Dance Spirit', 'Dance Magazine' and was also nominated as top twenty-five dancers to watch in 'Pointe Magazine'.

Ebony William’s agent encouraged her to check out an audition for a Beyonce's music video. She gave the audition and was selected. Her strong classical background during the ‘Singles Ladies’ shoot was so flawless that JaQuel Knight, the video’s choreographer, was seriously impressed. The Singles Ladies’ video made Ebony a notable brilliant dancer.

Ebony Williams, in an interview, said, ”People actually stop me on the street and ask me to teach them that dance”. The video was proved to be one of the best achievements of her dancing career.

Ebony William lives a very private and normal life. No matter how active is she on her social media accounts, she likes to keep her personal life very secret and has not talked about her net worth and earnings to the media.