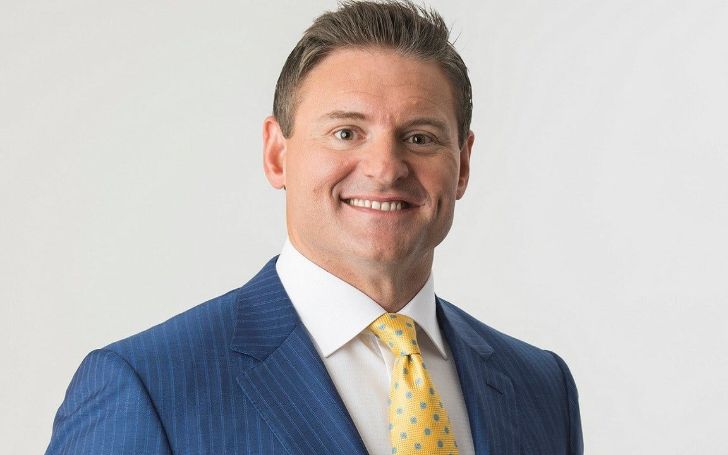 Dusty Dvoracek is a former American football nose tackle who played college football at Oklahoma and later on, with the Bears from 2006 to 2009. Also, he played with the Omaha Nighthawks of the United Football League in 2010-2011. As of now, he is working as a college analyst for Fox Sports Southwest and Fox Sports Oklahoma.

Dusty Dvoracek was born on March 1, 1983, in Lake Dallas, Texas under the birth sign Pisces. He is of Amerinca nationality while his ethnicity is unknown. The information related to his parents and siblings is also missing.

Talking about his education, he completed his schooling from the local school, and later on, went to The University of Oklahoma for his graduation.

Is Dusty Dvoracek Married Or Dating?

The 37 years old Dusty Dvoracek is a married man. He has shared the wedding vows with Lacy Dvoracek on 29 March 2008 after a brief period of their dating relationship. As per the social media profile, his wife is a registered nurse by profession and she loves coffee and traveling to several places. 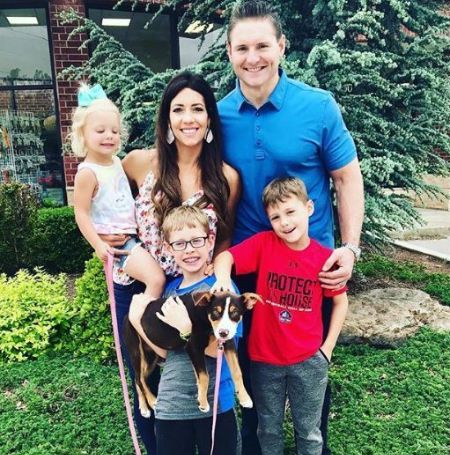 Together they have shared three kids: a daughter and two sons. Thier first child was born on October 2, 2009, as Jaxon. After three years, they again welcomed a boy named Hudson on April 11, 2012. On May 1, 2016, they welcomed daughter, Sloane.

The family of five is living happily without any rumors regarding thier relationship.

What Is Dusty Dvoracek's Net Worth? Also, Career in Brief!!!

Dusty Dvoracek has an estimated net worth of around $2 million as of 2020. The average salary of the rookie active roster player makes around $480,000 in a one-year contract, so he also might have received his salary around the same range.

In the 2006 NFL Draft, he was selected in The Chicago Bears in the third round; however, he missed most of his rookie season due to a foot injury in the preseason. His first professional game against the San Diego Chargers started on September 2007. But he left the game at the season-ending due to torn ACL injury.

Though Dusty recovered during the offseason in 2008, he injured his calf just before the Bears game at the training camp. On December 9, he was kept on the season-ending injured reserve with elbow bursitis. For his starts in the 2008 season, out of the 12 games, he had 29 tackles and two passes defended.

On August 22, 2009, he was out again during the Bears' second preseason game with a sprained MCL. Following this, he had to undergo arthroscopic knee surgery for the injury. This surgery made sure that Dvoracek also had an ACL injury and would miss the 2009 season.