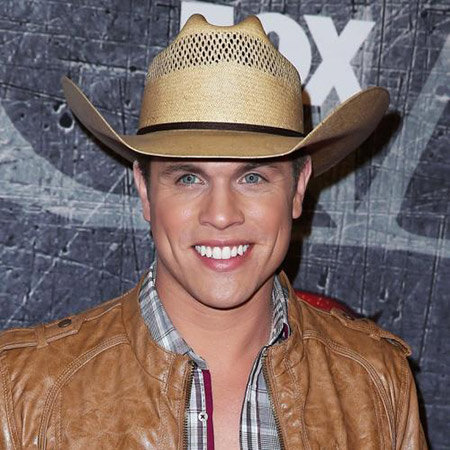 Dustin Lynch released his debut album, 'Dustin Lynch' in 2012. He has gained wide recognition for his country music and songs like Cow Boys and Angles, Mind Reader, Hell of a Night, and more. He is an American country music singer and songwriter who signed to Broken Bow Records Lynch.

With Broken Bow Records, he has released three albums: a self-titled album in 2012, Where It's At in 2014, and Current Mood in 2017. He has also released eight singles, of which five have reached the #1 position on Country Airplay.

Dustin Charles Lynch was born on 14th May 1985 in Nashville, Tennessee, United States. He is of American nationality and white ethnicity. Dustin was always interested in taking up a career in music. Even at a tender age, he would sing and write songs. Dustin moved to Nashville to pursue his career in country music.

He attended Tullahoma High School and graduated in 2003. He started playing guitar at the age of 8 or 9 but soon abandoned it, and then picked it up again at 15.

He performed at the Bluebird Café in Nashville on an open mic night and was well received by the audience, so he decided to start a band.

He moved to Nashville, Tennessee in 2003, where he studied Biology and Chemistry at Lipscomb University. He gained a B.S. degree in biology in 2007, and although he was interested in going to medical school, he decided to pursue a career in music.

Dustin is signed to Broken Bow Records since 2011. Lynch went on to release his debut single titled ‘Cowboys and Angels: in 2012. Since then, he has released many singles including, She Cranks My Tractor, Wild in Your Smile, Where It's At (Yep, Yep), Mind Reader, Seein’ Red and more.

Dustin Lynch does not have a long dating history He is passive about his talking about his personal life in front of the media. Dustin was dating former Miss Kentucky USA. The couple ended it quickly. Dustin then began dating Kelly Osbourne.

Kelly Osbournes is noted for starring on the reality TV series, the Osbournes. The couple met at Stagecoach. Since then, the couple has been close friends. Not much is known about their current relationship status.

Kelly is a huge fan of his music. Dustin has not married till date and does not have a wife. Dustin is of ample age to get married. He does not talk much about his dating history and his thoughts on getting married.

Dustin Lynch's net worth is estimated to be a total of $5 million at present. He is noted to earn a huge salary from his various tours and his album release.

Dustin Lynch stands tall at the height of 6 feet. He has a masculine figure and a well-defined face. Dustin Lynch is adored by many of his female fans and is respected by his colleagues. He has many fans who regularly attend his tour.