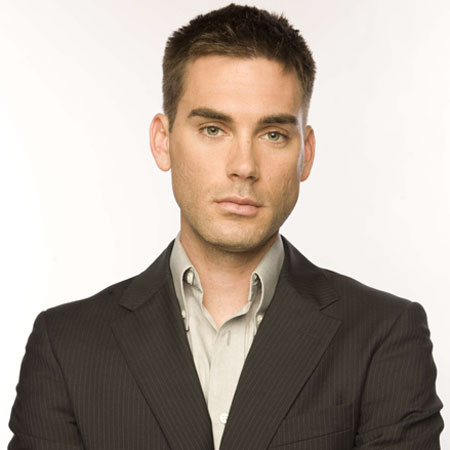 Andrew Alan ‘Drew’ Fuller, known by the stage name, Drew Fuller, is an American actor and former model, hailed from California. He is known best as Chris Halliwell in the television series Charmed and Trevor LeBlanc in Army Wives. He won the Best Actor award at the San Diego Film Festival for his performance in the independent feature flick ‘The Kane Files: Life of Trial’.

Drew Fuller was born Andrew Alan Fuller on May 19, 1980, in Atherton, California, under the birth sign Taurus. He was raised in Newport Beach along with his younger sister Hilary. Drew is an American by nationality and has a mixed ethnicity of Russian, Scottish, English and Italian decent.

Drew Fuller was on the cover of the UCLA magazine by his family friend. He was 12 years old when he was discovered by an agent. However, Drew Fuller began modeling only after he got 16. Quickly enough, Drew made his image as one of the top models working for prestigious companies including Prada, Club Med, and Tommy Hilfiger.

Drew Fuller even has appeared in a number of ad commercials including J.Crew, Toyota, and Pepsi. He was also featured in the music videos ‘Wherever You Will Go’, and ‘BareNaked’.

Drew Fuller also got a break in acting in 1999 in the TV series Partners in a small role of Tom in 1999. The role opened him a lot of other acting projects.

His role as Chris Halliwell on the series Charmed gave him a huge popularity. Army Wives, The Circuit, NCIS: Los Angeles, Fatal Instinct, and many others are some of the television series and movies in which, Drew Fuller can be seen.

Being one of the sought-after model and a reputed actor, Drew Fuller has a good salary. As of 2018, his estimated net worth is reported to be $1.5 million by celebrity net worth.

Drew Fuller is a model and hence has a good body. He makes his women fans go insane with his shirtless appearance. Drew Fuller stands tall with the height of 6 feet 1 inch.

Drew Fuller is known to be an avid motorcycle racer and fan of motorcycle racing. He loves sushi and plays piano too. He has the passion for traveling. His Instagram and Twitter are full of his travel pictures.

He lived in Paris, France in his late teens leading a gypsy life. He told that he would sleep at his friend's houses on their couches and would book an acting job to keep him going if ran out of money. He is reported to have an affair with Carin Kingsland and Sahra Carter for a while.

However, quite contrary, Drew Fuller at present is a happily married homely man. He is married to his wife Ceara McAuliffe, from Venice. The couple resides in their own house in Hollywood Hills, California.

The home is designed for a coastal lifestyle and everything in the house is painted white giving a neat and clean feature.

The couple is not reported to have any children till date. They might be planning to become parents in near future. The couple is leading a happily married life with no issues or misunderstandings in between.