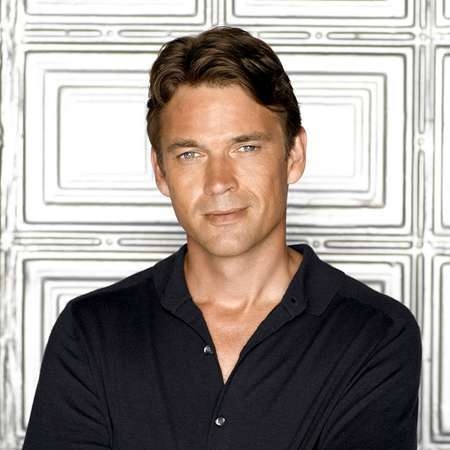 Dougray was born as Stephen Dougray Scott on November 26, 1965 in Glenrothes, United Kingdom to parents Alan Scott and Elma Scott. His mother, Elma was a nurse, while his father, Alan Scott was an actor and salesperson. He picked out his stage name ‘Dougray’ from his grandmother’s surname. Dougray is of Scottish nationality and is of white ethnicity. He got influenced by his father, to take up an acting career.

Scott attended the Royal Welsh College of Music & Drama in Cardiff in 1984. While there, he earned the college's Most Promising Drama Student award. He then graduated in 1987 and a year later, he moved to London in order to pursue his dream of becoming an actor. Scott made his first appearance in the 1994’s movie Princess Caraboo as Dragoon captain. Since then, he has been seen in movies like Regeneration, To Kill a King as Thomas Fairfax, Mission: Impossible II, The Ten Commandments as Moses. He is noted for TV series like Desperate Housewives as Ian Hainsworth, Highlander: The Series, Strike Back. He was casted as Wolverine in X-Men but due to his Mission Impossible filming, he was replaced by Hugh Jackman.

Scott was allegedly in a relationship with Claire Staples. After their separation, he began dating Sarah Trevis. Trevis is prominent English casting director and member of the Casting Directors' Guild. The couple had their wedding in 2000. They have 5 lovely years together. Scott and wife, Trevis, together have twins born on 1998 named Eden and Gabriel. After their divorce in 2005, Scott began dating Claire Forlani. Claire is a prominent English actress who is best known for her roles in movies such as Mallrats, Basquiat, Meet Joe Black and more. The couple married in June 2007. They went on to give birth to their child Milo Thomas Scott on December 27, 2014.The couple have been together since. There have been no rumors about extra marital affair, divorce or separation till date.

Scott is currently of age 50 but had a perfect built structure. He stands tall at the height of 6 feet and has the weight of 78 Kgs. He has a well-defined face and a masculine body which grabs the attention of many of the viewers which include specially, females. Scott has the charm, body and skills to make his audience drool and melt at his performance. Scott’s net worth has been estimated to be $ 5 million which is derived out of his huge salary coming out of his acting career. Scott has garnered a lot of fame and fans till date for his exceptional performance in TV as well as the big screen. The bio of the very talented and handsome, Dougray Scott can be found on various social media sites including IMDb, Wikipedia and Twitter.

Taken 3 Mission: Impossible II Ever After