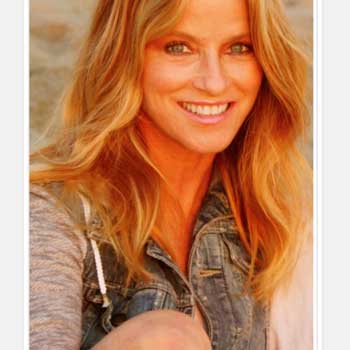 A 55 years old American entertainment reporter Dorothy Lucey was born in the year 1958 November 19 in the United States. An American national belonging to white ethnicity, Dorothy Lucey is currently enjoying her leisure time as her contract with Good Day LA that broadcast from Los Angeles Fox, which is an Affiliate of KTTV, came to an end in 2012 May 25 as  a result of non-renewal of her contract. She has been on the show reigning for continuous 17 years.

Not much information is available on her early life. The name of her parents, her siblings, how she spent her childhood, where she attended her school is yet not disclosed. As for the concern, she had always dreamt to come in television and had the passion in entertainment world. She loves to dance and watch movies and fond of various types of music as well as interest on sports. She has completed her Bachelor’s Degree from George Washington University located in Washington, D.C in the year 1979 majoring in political science. After graduating, she debut in the broadcast television.

Initially, Dorothy worked at the WNEP channel based in Scranton, Pennsylvania as an on air reporter and later joining at WABC based in New York City. Spending quite a while in the networks, she joined with NBC Sports. In 1990s, she became the co-host for the talk show in Lifetime Television called Attitudes and has also hosted the CBS Series called How’d they do that. With the course of experience and learning, she joined at the Good Day L.A in the year 1995 as its entertainment reporter.  Dorothy mainly used to cover the American Idol and read from the TMZ.com and Perezhiton.com. Besides, she has also appeared in the small role of reporter in the movies as well as television shows. Her contract with the Good Day L.A end on 2012 where she spent her life’s more than one and half decade.

Talking about the personal life of Dorothy, she is happily married to her husband, a KCBS investigative reporter David Goldstein in the year 1993. Since they have a similar profession, they understand, encouraging and supportive to each other. This has been the pillar of their successful professional and personal life so far. The couple is living happily with their one and only son named Nash about whom Dorothy talks a lot about. He is the only child she has in the name of children. Since there is no news or rumors of the dispute or issues in the relation, the couple is unlikely to divorce anytime yet.

There are a lot of fans of Dorothy as she is beautiful and she can grab the attention of many of the people. She has a very pleasant personality with a very attractive face and voice. She enjoys a good net worth and had a very satisfactory salary pay. Her skill at presentation is very praise worthy and she is camera friendly. She stands the height of five feet and certain inches tall with maintained body weight. She is careful on her diet intake as well as she regularly performs yoga and exercises. She has a pair of long and sexy legs adding up charm in her beauty. Merely no one can ignore her as she appears in the television screen and is hard to believe she has been already 55 years old. She still looks in her early 30s as she has a graceful looks and personality. She can compete with any women of her age or eve younger to her. She has been the icon to many women of her age in terms of maintaining the beauty.

Dorothy’s fans can follow her on her Facebook, Instagram and Twitter accounts and get updated with her recent activities. Besides, the different internet sites including Wikipedia can be best options to extract more information on her.