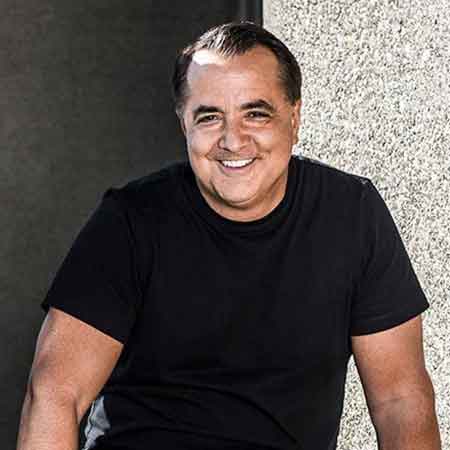 Dori Monson is an American libertarian and a radio personality. He is well known for his Dori Monson Show, a talk show on the  Monson also hosts the Hawk Talk, a pre and post game, and halftime show on the Seahawks Radio.

Dori Monson was born on 2nd October 1961, in Seattle, Washington. He has not disclosed the name of his parents. He is of American nationality and is from the Icelandic ethnic race.

Monson was raised in Ballard, a place full Scandinavian people in Seattle. He completed his graduation from the Ballard High School. He later enrolled at the University of Washington and during his time in the institution, he was the play-by-play announcer of the KCMU-FM.

Dori Monson started his professional life as a producer for the KING-TV, an NBC affiliated television station based in Seattle. He took up the responsibility of a sports reporter at the KING-AM.

Monson later moved on to KIRO-FM as a part of the Pat Cashman Show, a radio show in Seattle. He was then offered his own noon-time show in 1995 in replacement of Dave Ross, who was moved to the morning-time show.

The Dorin Monson Show also called as The Big Show, a talk-radio program that was focused on politics. By the end of 2008, his radio show was one of the highest rated talk show in the Seattle market, and even President Donal Trump was on the show. The same year, he was nominated for the Radio & Records News/Talk/Sports Local Personality Of The Year but lost to Bill Handel form the KFI-AM.

Monson has been hosting the Hawk Talk show on the Seahawks Radio Network since 2002, that features the games of only Seattle Seahawks. Dori anchors all the segment of the football game including in the halftimes. He is often joined by Dave Wyman and Sam Adkins on his show.

Dori Monson is a reputed media personality, however, he has been low key for a long time which keeps his net worth under the radar, however, we can a s sume he earns a good amount of money from his work. According to a review by Payscale, a radio talk show host in Seattle earns a salary of about $44,391 while the revenue for a year lies somewhere between $24,884 to $92,769. He has been a producer and is the host for two shows from which he should earn a good sum of money, from two different radio networks.

Dori Monson is a married man and has been living happily together for almost three decades with his wife Suzanne Monson. Dori met Suzzane during the 80s while they were both attending the University of Washington. They started dating in 1983 and later got married in June 1987. They have three daughters together and their elder daughter Keegan Monson was born in February 1994. The family resides in Lake Forest Park, Washington.