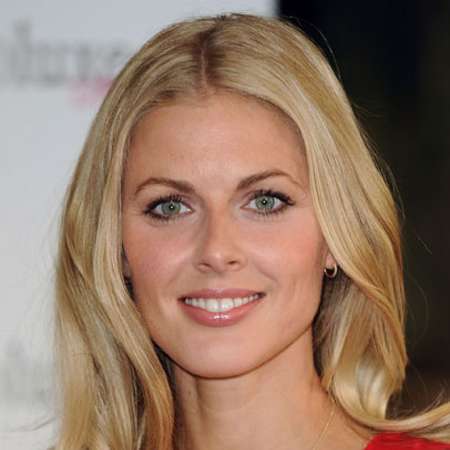 Donna Air, an English model as well as an actress, is probably known best for her appearance in several TV shows and on movies like Still Crazy, The Mummy Returns and Bad Day. She was born on 2nd August, 1979.

Born on Newcastle upon Tyne, she studied on the St. Oswald’s Catholic Primary School which is situated in Gosforth. She then attended the Sacred Heart Convent School situated in the Fenham Hall Drive. Her graduation was from the Gosforth Academy and she also studied in the drama school First Act Theatre.

Since a very small age, she started her career in acting. She started acting on the hit CBBC series Byker Grove at the age of 10. Her next endeavor was touring around the United States, South East Asia, Japan and the United Kingdom after being a part of the pop duo Crush. She also signed into to host the daily live show of the MTV, entitled MTV Select.  This led her to become the presenter of shows like TFI Friday alongside Huey Morgan, The Big Breakfast for the Channel 4, ITV’s Popstars: The Rivals Extra and many more. Television dramas like Hollyoaks, Hotel Babylon, and BBC’s Operation Good Guys etc. She also appeared on the comedy Operation Good Guys, A Dinner of Herbs by Catherine Cookson, and Supply and Demand by Lynda La Plante etc. Her appearances also include starring in Still Crazy, Bad Day and Mummy Returns.

The magazine program of Five, entitled Live from Studio Five, also saw her as a presenter alongside Kate Walsh. She is the brand amba s sador for brands like Triumph, Olay, Cadbury’s, Next, Westfield, Burberry as well as Health Lottery. Donna’s other endeavors apart from acting and presenting includes working with the Soil Association to promote organic milk. She has also launched the Nursery Food Report situated at Downing Street. She is also the editor of the cookbook entitled Grown in Britain.  She came 4th in the ITV program Splash!

Air was on a relationship with the step-grandson on Sir George Osbourne, Damian Aspinall for a long time. Her boyfriend’s father was the owner of Aspers and this couple has a daughter, Freya Air Aspinall who was born on 2003 in Westminster, London. Both Damian and Donna were part of controversy after they announced that they intended to place their daughter to be cared by a gorilla. This ritual had been done with Aspinall’s older children as well and this announcement caused a lot of controversy. They however broke up without getting married. After breaking up with Damian, Air is now in a relationship with brother of the Duchess of Cambridge, businessman James Middleton. James has not become her spouse yet. Air is also a supporter and is involved in charitable works related with the Race for Life, Macmillan Cancer Support, and Jeans for Genes and Sport Relief. She has been included in controversy regarding obtaining a parking permit by false representation.

Donna has a net worth is under review but must be in the range of millions and this beauty is adored and liked by her fans around the world. To obtain more information about her, she can be followed on several networking sites.